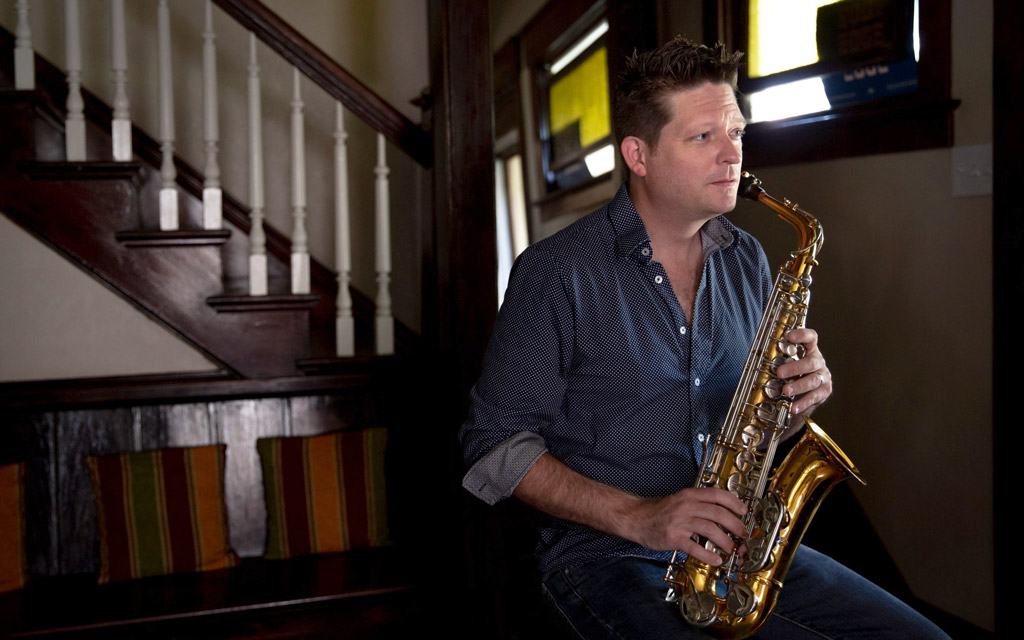 How Music and a Foster Mom’s Love Saved Rusty

He was born in Oskaloosa with the umbilical cord wrapped around his neck. Doctors rushed him to the University of Iowa Hospitals and Clinics to get him air.

Difficulties only mounted. His parents divorced. His mother descended into alcoholism and eventually took her own life. He ended up in foster care for eight years.

A rare and severe blood vessel condition forced him to endure more than 30 back surgeries. He first planned suicide in fifth grade.

But he landed in the home of a North Mahaska schools music teacher. He picked up the saxophone. Music delivered him. His sax took him through Central College to a career as a musician, playing all over the country.