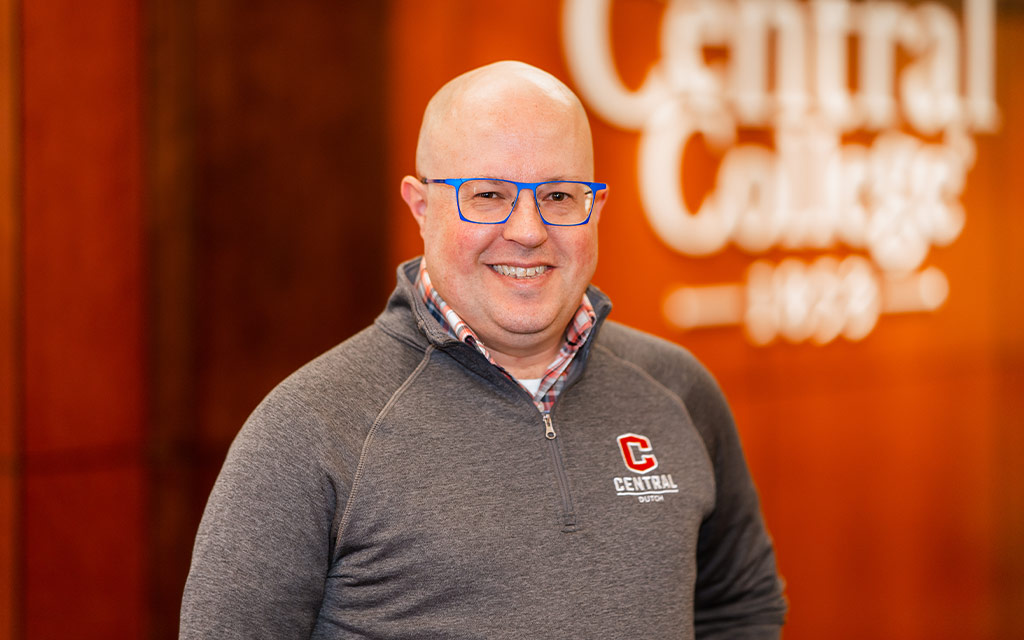 Central College is pleased to announce the appointment of Joseph Vande Kieft, a 1999 Central graduate, as the new chief information officer. He will oversee the Information Technology Services department in strategic planning and enhancing the college’s digital network safety and security to support the college’s mission. The department supports more than 450 employees and 1,150 students on campus.

Vande Kieft returns to campus with more than 20 years of experience in IT software development, security systems and entrepreneurial leadership. He most recently served as the CEO of Catchwind, a mobile marketing (text messaging) company, and as the director of technology for Trokt, a cloud-based collaboration platform for businesses.

Karen Tumlinson, vice president for finance and administration and treasurer, adds that Vande Kieft brings an entrepreneurial, yet structured, approach to IT initiatives and the team-based implementation of process.

“His experiences are broad in scope across industries, and by skillset, to include contract programming for some high-profile industries to a new education technology startup,” she says.

After graduation from Central, Vande Kieft began working at Advanced Technologies Group, Des Moines, with Tej Dhawan, a Central Class of 1991 graduate and current chair of the Central Board of Trustees. It was in this work that he realized one of his greatest achievements.

“I don’t think I’ll ever top that one,” Vande Kieft says. “At Advanced Technologies Group, Tej and I were writing software, an intelligence tool, for the Federal Bureau of Prisons. With this software, the bureau in Los Angeles solved 44 murders, of which eight were cold cases, in one day. That was a special moment.”

It illustrated the power of intelligence data and the critical need for safe networks.

“Other colleges have experienced ransomware attacks this fall,” Vande Kieft says. “We need to keep Central safe, so security is a top priority for me.”

Vande Kieft served on Central’s National Advisory Council from 2009 to 2022, which gave him an inside view of the college. He says it has helped him transition into his new role as CIO.

As a student he majored in computer science with a minor in economics. He played in the symphonic wind ensemble and jazz band. As a computer science major, it shouldn’t surprise anyone that he worked in the IT department.

“Between my junior and senior year, I was pulling cable for our first Ethernet wired project on campus,” Vande Kieft chuckles. “It was self-serving because I wanted Ethernet in my dorm room, and we had dial up back them. I worked to get it done quickly.”