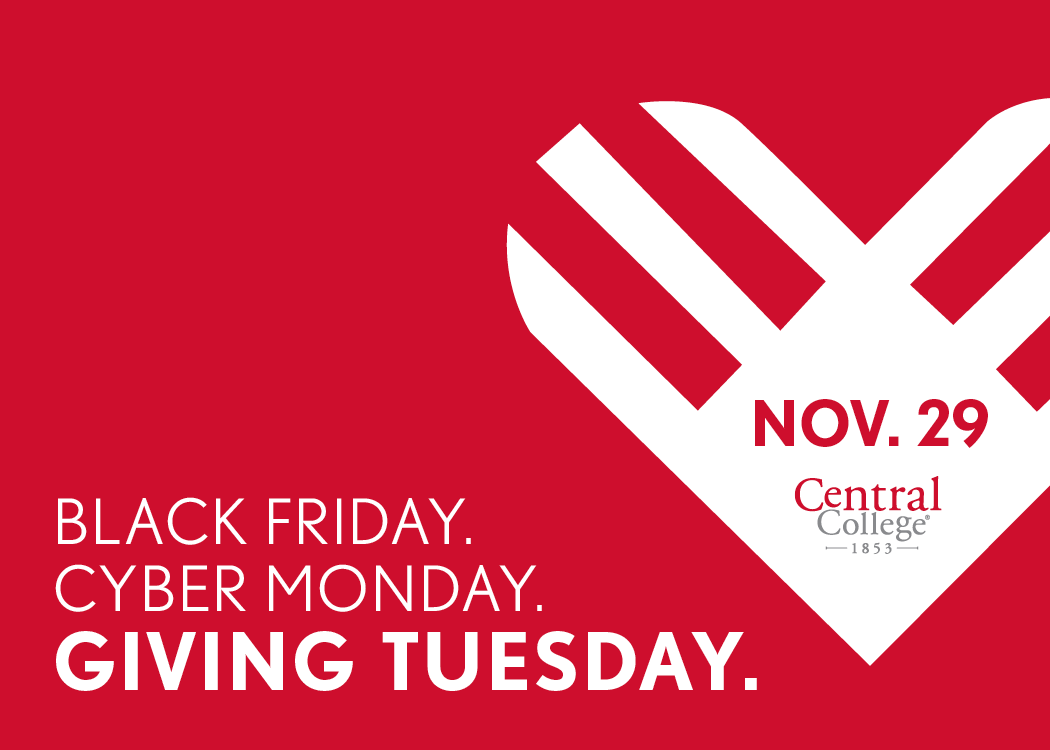 The Central College family raised more than six-figures through Giving Tuesday donations on Nov. 29. Giving Tuesday, a special day of giving to nonprofits across the globe, generated $126,437 for Central scholarships and programs, exceeding last year’s amount of $104,000.

“There are a lot of worthy nonprofits who need prayers and financial support not only on Giving Tuesday but also throughout the year,” says Sunny Gonzales Eighmy, vice president for advancement and a 1999 Central graduate. “We are certainly grateful to our generous donors who stepped up for Central on this global day of giving and to all who keep Central in mind every year.”

Donations to Central were doubled throughout the day thanks to several generous challengers who committed prior to Giving Tuesday and boosted its success. Challengers were Mary Anderson ’78, Dave ’86 and Kristi Jaarsma Balk ’88, Bob ’69 and Charlotte Poppen Foreman ’69, Joel and Shayla From, Darin ’87 and Teresa Brown Messerli ’87 and anonymous benefactors.

Mary Anderson, retired U. S. Navy captain, and 1978 Central graduate, explains her perspective on being a challenger.

“When asked why I donate to Central and why I chose to be a challenge match donor, I have only to look back at the profound impact Central had in my life to know I wanted to do something,” Anderson says. “Being a challenge match donor gave me that perfect chance to encourage others to consider becoming a donor and to give the next generation of Central students even more opportunities.”

Central family members may still make a year-end gift to the college. The online donation page http://central.edu/give provides instructions on the various giving options and vehicles.