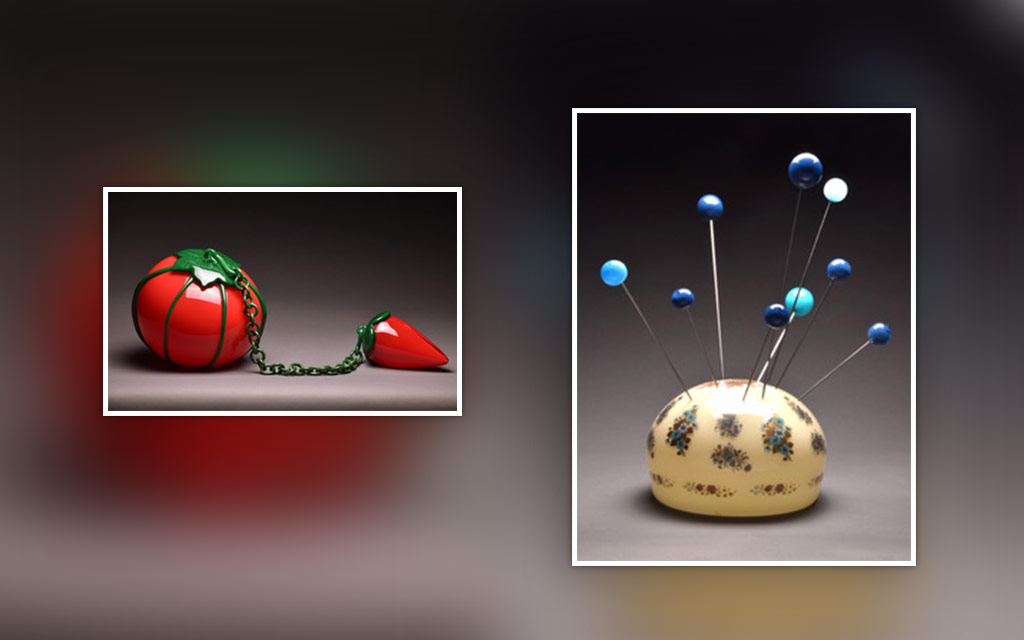 Saylor’s glass work references antique and ordinary objects bringing attention to how much we have changed as human beings and how much technology has transformed our lives.

“The theme of my exhibition is derivative of my childhood,” Saylor says. “My mother was a housewife as were a lot of women back in that time. Sewing was something that the women used to do together in my family. It was what women did. It was the stereotypical position associated with the feminine sex throughout history.”

Saylor further shares her personal connection saying, “Narrative is important to me, so many of my works have imagery that tells a story on the surface of the glass. Usually, they tell a story of a place that holds a personal recollection for me.”

Originally from Pennsylvania, Saylor studied photography at a local community college. She continued studying photography in Philadelphia where she found the art of glass. Saylor is now an assistant professor of glass at the University of Nebraska Kearney, following her work at other universities across the country.

Saylor has won several awards for her work including “Glass Artist of the Year” in Cincinnati, in addition to being a finalist for the “Niche Award” in Philadelphia. She has given demonstrations nationally and lectured internationally. In her work, she investigates the rise and fall of the country’s economy while preserving its history in the permanent material of glass.