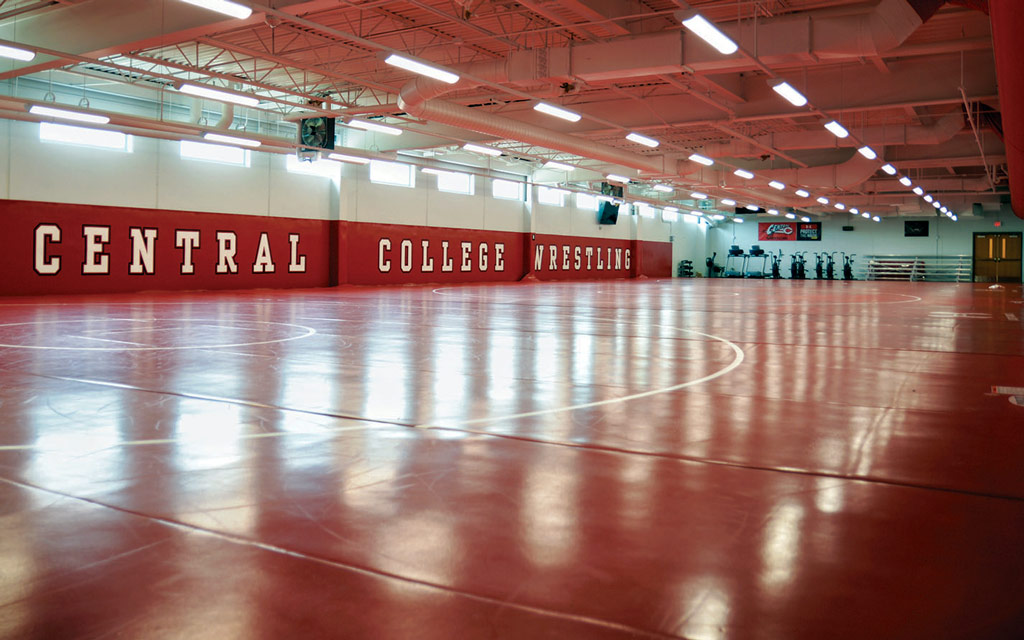 The Dutch will launch the program with a limited schedule in 2023-24. Baynes will join the staff within the next two weeks.

The late Dr. Kenneth J. Weller, Central’s president from 1969-90, held several posts within the NCAA during his presidency and was instrumental in helping integrate women’s championships into the organization in 1981. Central won the first NCAA women’s championship ever staged, the 1981 Division III women’s cross country championship. Ten of Central’s 11 national championships are in women’s sports with titles in volleyball, softball, track and field and cross country. As the nation celebrates the 50th anniversary of the enactment of Title IX which prohibits sex discrimination in any education program or activity receiving federal assistance, wrestling becomes Central’s 11th women’s sport.

“The time is right,” said Van Kley, who also serves as Central’s head wrestling coach and is a former chair of the NCAA Division III Wrestling Committee as well as past president of the National Wrestling Coaches Association. “Interest in girls high school wrestling is exploding and we’re certainly seeing that in Iowa.

“We want to be at the forefront in helping grow the sport and helping offer our student-athletes more opportunities to compete, but we also want to make sure we’re fully prepared to provide them the kind of meaningful experience they deserve. With the vision that president Mark Putnam and our administration have for the program, the commitment the college is making and an energetic head coach like Paige Baynes in place, we’re excited to move forward.”

Baynes was named the Outstanding Wrestler at the 2017-18 WCWA national tournament when she captured the national title at 191 pounds while competing for Grays Harbor College (Wash.). She was a three-time WCWA All-America honoree.

She transferred to Wayland Baptist University (Texas), winning the 2018-19 NAIA national crown by scoring six points in the final minute in the title match after trailing 5-1. She received bachelor’s and master’s degrees from Wayland Baptist and served as a graduate assistant coach there. Since 2019 she has served as the Texas team coach for the USMC National Championships in Fargo, North Dakota and this past season was also an assistant coach at William Jewell College (Mo.).

“Paige has a tremendous record on the mat as a wrestler and as a coach,” Van Kley said. “She’s been on the national stage and has had some tremendous mentors in the women’s college wrestling community. Her enthusiasm and passion for the sport make her a great fit in helping Central launch a new championship program.”

Baynes said that Central is the right place to build a contender.

“What really drew me to Central was the environment, both the people and the campus itself,” she said. “I’ve been to numerous campuses and Central’s blows them out of the water. And the faculty and staff really take care of their students.”

The campus facilities include the new P.H. Kuyper Gymnasium wrestling center, which opened in 2018 as part of the $18 million Forever Dutch® initiative. The center features three full mats as well as training equipment including treadmills and free weights.

Four-time national champion Toccara Montgomery, a member of the 2004 U.S. Olympic team, has coached Baynes and served as a mentor. She’s enthused about Baynes’s coaching future and saw her potential early in her wrestling career.

“She came in with a lot of desire, she just needed a little focus,” Montgomery said. “It’s been exciting watching her grow and develop her skills and now watching her transfer those skills over to coaching.”

Baynes is also excited about being part of the state of Iowa’s powerful wrestling tradition.

“Women’s wrestling is already becoming big there,” she said.

The sport’s growth is even more gratifying to a pioneer like Montgomery.

“I think when I graduated there were three (college) options,” she said. “Now there are over 100. It’s rewarding to coach a lot of girls who are now giving back to the sport. It’s monumental.”

Baynes is a Houston, Texas-area native and Van Kley said her connections there and in Washington, where she gained some of her collegiate experience, will provide valuable recruiting benefits.

“Houston is a hotbed for girls high school wrestling and it’s strong in Washington as well,” Van Kley said. “Paige is well-connected among coaches and athletes in those areas. We’re eager to help her get started.”