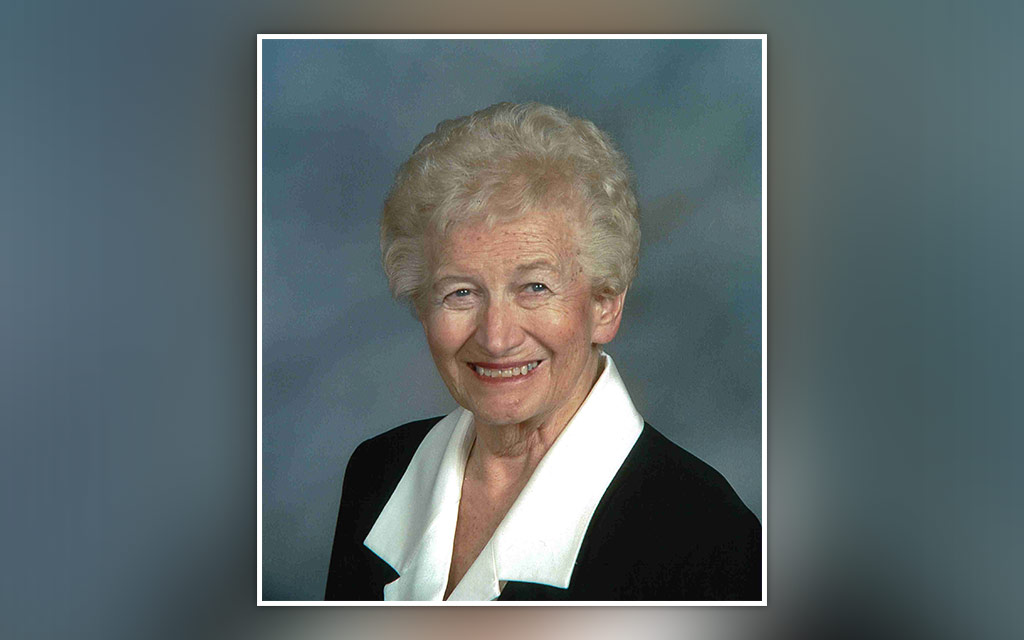 A job opportunity for Barb’s husband, Don Butler, the late professor emeritus of economics at Central, brought the couple and their young children to Pella in 1953. Barb studied English at Central, graduating in 1958. She later earned a master’s degree from Michigan State University in 1971.

Barb taught sixth grade for a few years and joined Central in 1960 in the alumni office, served in the education department from 1969-70 and became director of international studies in 1971 until her retirement in 1988. She was inducted into the Heritage Club and retired after more than 25 years of service at Central.

She remained an active alumna in her retirement through the Central RED Society, attending alumni and college-sponsored events, serving as a volunteer for the college through multiple organizations and through her generosity as a donor.

Outside of Central, Barb was a member of the Second Reformed Church, The American Association of University Women, The League of Women Voters, Friends of the Pella Opera House and the Women’s Literacy Society. She served on the Marion County Conservation Board and the Central College Auxiliary Board. She also worked as a hospice volunteer, Court Appointed Special Advocate for Abused and Mistreated Children and as a mentor for Kinship.

Barb will be greatly missed by the Central community and all those who knew her.

A memorial service will be held Friday, April 1, 2022, at 2 p.m. at Second Reformed Church in Pella. Inurnment in the Oakwood Cemetery will precede the memorial service.