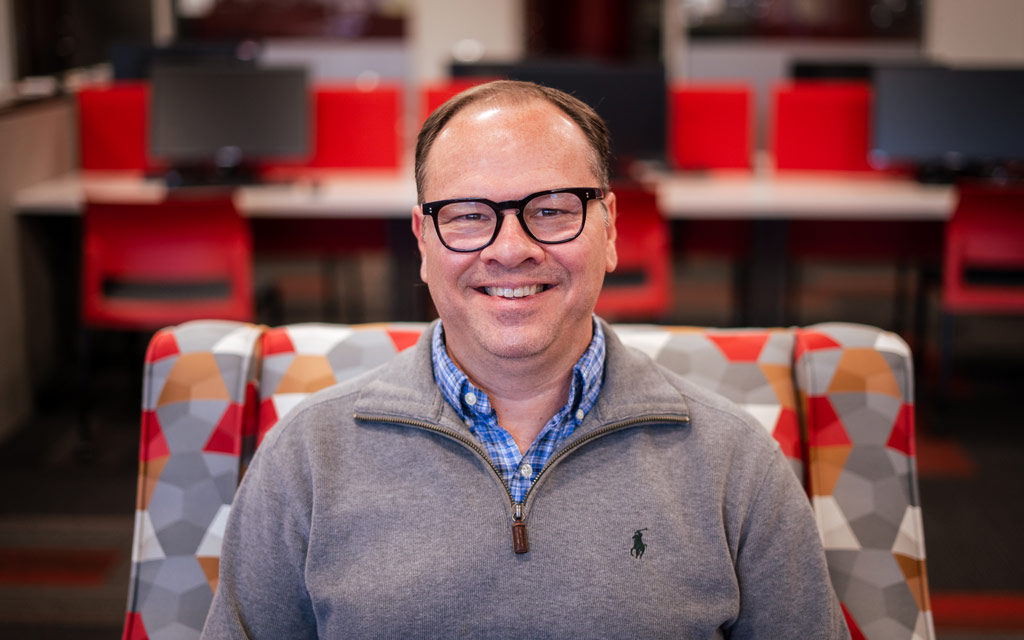 In this role, Burke will advise pre-health students and those pursuing post-graduate fellowships and awards in addition to working with Central’s alumni office to facilitate connections between Central students, the Career and Professional Development team and alumni across the globe.

“I’ve already enjoyed working with the Central students I’ve met so far and look forward to meeting more of the Central community in the months to come,” Burke says. “Everyone here has been so warm and welcoming, and I feel fortunate to be joining such a vibrant academic community.”

Burke received his B.A. in philosophy and a B.S. in environmental biology from St. Ambrose University in Davenport, Iowa. He went on to earn a master’s degree in philosophy from Washington University in St. Louis, Missouri, and an MFA in creative writing (poetry) from University of New Orleans.

Burke began advising pre-health students as a transfer advisor at St. Ambrose University. While there, he worked with students preparing for degrees in nursing, physical therapy, occupational therapy and chiropractic medicine. Burke also advised students at the University of Minnesota in the College of Biological Sciences and the College of Liberal Arts as they worked to become competitive applicants for a variety of pre-health programs, including medicine, dentistry, pharmacy, genetic counseling, physician assistant, public health, veterinary medicine and optometry. Since 1999, he also has served as a writing tutor, honors student advisor and associate director of general education.

“We’re delighted to have Jeremy join the team,” says Jessica Klyn de Novelo, assistant dean for career development and civic engagement. “Interest in pre-health careers continues to grow at Central, and Jeremy brings a wealth of expertise in this space.”