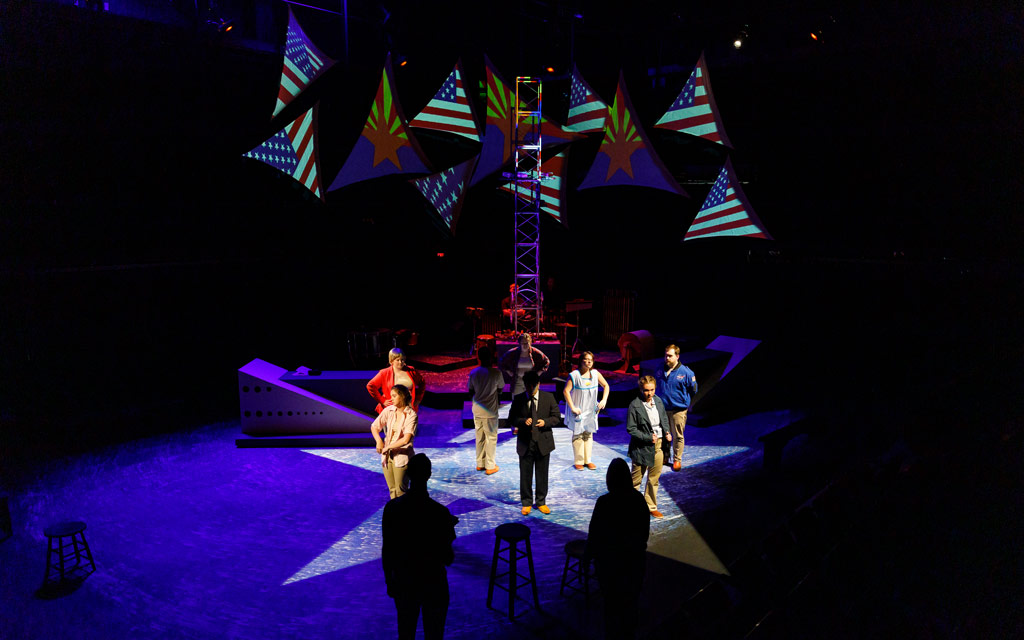 Featured: Central College’s Department of Visual and Performing Arts to Present “That Day in Tucson” with Playwright Panel Discussion

Central College’s department of visual and performing arts will present “That Day in Tucson” from Nov. 17-20 in Kruidenier Theatre on Central’s campus.

Performances will be held at 7 p.m. Tickets are $8 for adults, $6 for senior citizens and students and free for Central students, faculty and staff. Tickets are available at events.central.edu or can be purchased at the door before each performance. Tickets are limited due to seating capacity; Saturday evening’s performance is sold out.

Playwright Guillermo Reyes will participate in a free consortium panel discussion led by Bob Leonard with KNIA/KRLS via Zoom on Nov. 18. Reyes teaches at Arizona State University in the School of Music, Dance and Theatre. He has produced and published a variety of plays and has won many awards across the country.

Directed by Mary Jo Sodd, professor of theatre, with musical direction by Stan Dahl, senior lecturer of music, “That Day in Tucson” is based on the story of Gabrielle Giffords’ intern, Daniel Hernandez, who was thrust into the limelight on the day the congresswoman was shot. Credited with helping save her life, Hernandez finds himself suddenly in the spotlight and in the middle of swirling public debates. Hernandez has since gone on to hold office in the Arizona legislature and is now running for Giffords’ former seat in the U.S. Congress.

The play explores issues of social justice and touches on Hernandez’s experiences growing up in a bilingual, bicultural family in America’s Southwest. This is Sodd’s final directorial role at Central before retiring at the end of the semester.