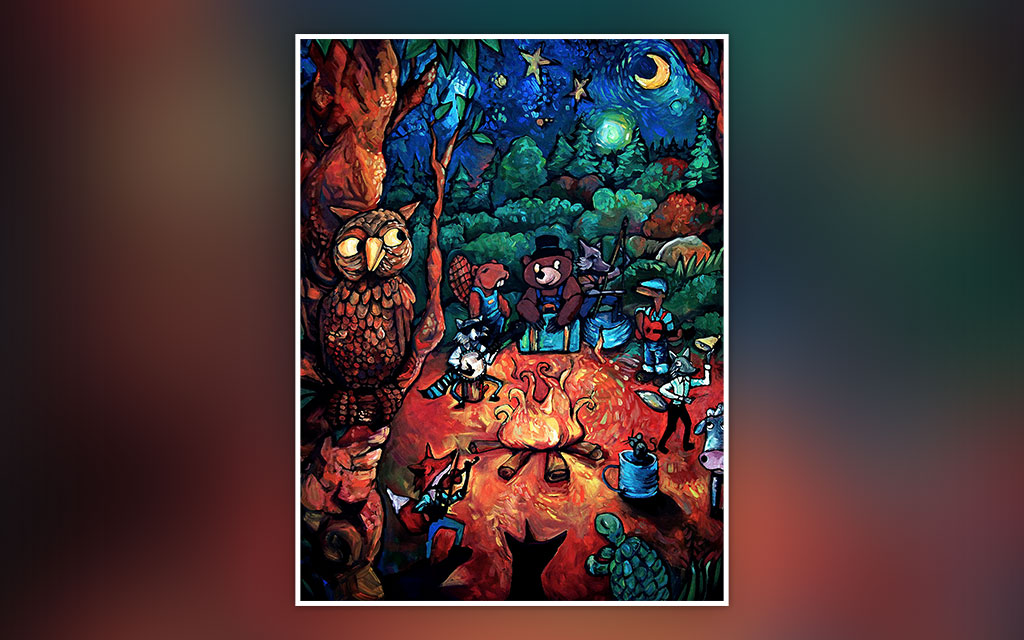 Central will welcome the works of international award-winning songwriter Chad Elliott to the Mills Gallery in the Lubbers Center for the Visual Arts from Oct. 20 to Nov. 5. His exhibit is titled “Wilderman’s Treetop Tales.”

Elliott holds a degree in visual arts. While in college, he discovered a love for the art of music in addition to painting and ceramics. “Wilderman’s Treetop Tales” is a collection of paintings from Elliott’s book of the same name. The book is designed for ages 3-10 and contains both heartwarming and giggle-worthy poetry accompanied by Elliott’s illustrations.

Elliott brings 10 of the lyrics from the book to life in the companion music album, also titled “Wilderman’s Treetop Tales.” Together, the exhibit, book and album create an interdisciplinary offering of art, music and writing which allows the whole family to embrace a wild imagination.

Elliott, who has been performing original songs for 20 years and is a winner of the Woody Guthrie Song contest, has penned more than 1,500 songs in his career and is lauded as “Iowa’s renaissance man” by Culture Buzz Magazine. His music blends folk roots, swampy blues and soulful writing to deliver an original Americana sound.

He has been featured on Iowa Public Radio’s Java Blend, composed and performed music for several IPTV documentaries and shared the music stage with artists such as Eric Church, Brantley Gilbert, Tom Paxton and Counting Crows.