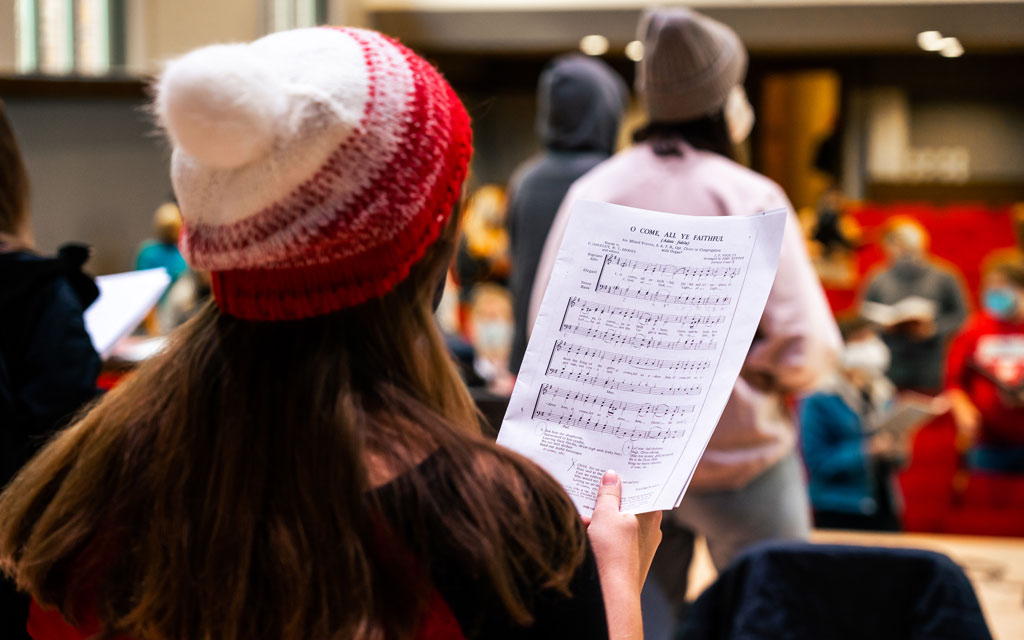 Performances will begin with a Jazz Band concert at 8 p.m. Friday, April 23, in Cox-Snow Music Recital Hall. Guest artists include Dave Kobberdahl on trumpet, Nate Sparks on piano and Dave Bohl on saxophone. The concert will be directed by Gabriel Espinosa, associate professor of music.

The Flying Pans Steel Band, Percussion Ensemble and Dutch Boom will perform during the Percussion Extravaganza at 7:30 p.m. Saturday, April 24, on Hoekstra Family Stage in Douwstra Auditorium. The concert will be directed by Stan Dahl, senior lecturer of music.

April performances will conclude with an ALMA concert at 8 p.m. Thursday, April 30, in the Cox-Snow Music Center Recital Hall. The performance will be directed by Espinosa.

Performances will be livestreamed at central.edu/fine-arts.