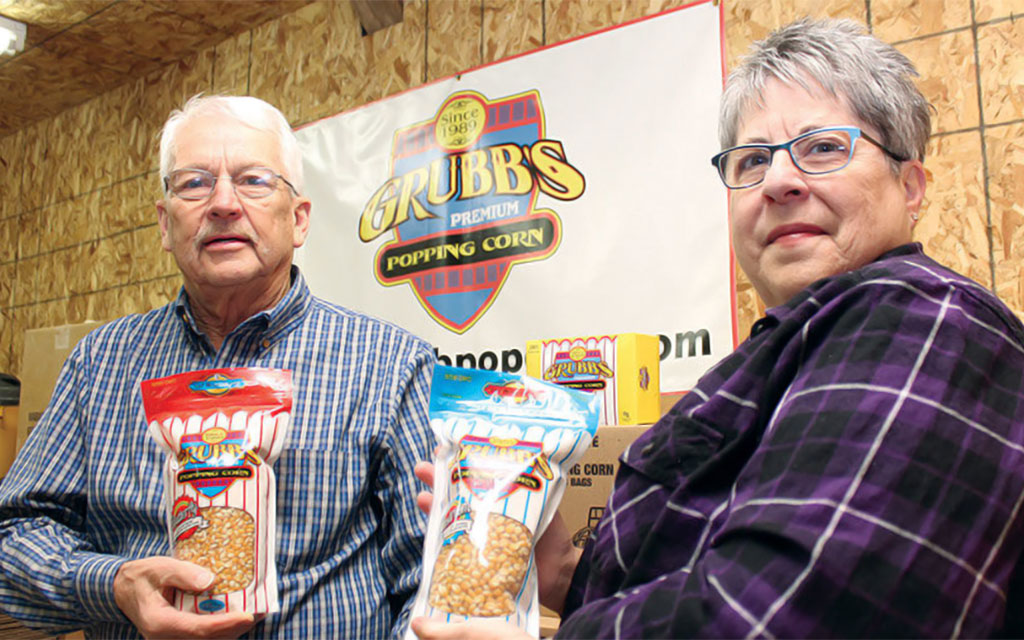 We all know movies and popcorn are the perfect pair. At Pella Cinemas, it’s even butter with Grubb’s Premium Popping Corn.

Whether it’s on a date or a family outing, movie-goers can now savor the unique, quality taste of Bill and Ginger Grubb’s popcorn at Pella Cinemas, owned and operated by Central College. 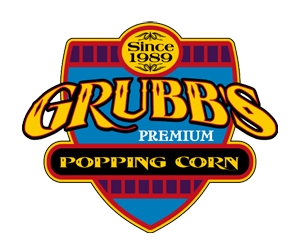 Since 1989, Bill and Ginger Grubb have grown popcorn on the Grubb family’s century farm, located in Barnes City, Iowa. Bill, a fifth-generation farmer, hadn’t considered growing popcorn on the family homestead until he married Ginger in 1972. Ginger grew up in a household where popcorn was a staple.

“Growing up in Montezuma, we had a big popper in our house,” Ginger says. “My dad, the late Dean Doonan, loved popcorn so much. All he wanted to do was pop popcorn and visit … He would think it is the neatest thing that our popcorn is being eaten all over. In a way, we fulfilled his legacy.”

The Grubb’s grow two different types of popcorn, butterfly and mushroom, and each has its own distinct shape. Butterfly popcorn (available at Pella Cinemas) pops into large, butterfly-shaped pieces. And don’t be fooled, mushroom haters — mushroom popcorn doesn’t taste like its name. Mushroom popcorn pops into a more compact kernel, resembling a mushroom cap.

But what makes Grubb’s Premium Popping Corn stand out from the rest? Bill doesn’t harvest the corn until its moisture content reaches 14%, which is critical — and perfect for popping.

In addition to Pella Cinemas, Grubb’s Premium Popping Corn can be found at local grocery stores in Pella, Knoxville, New Sharon, Oskaloosa, Montezuma, Grinnell and Capitol II Theatre in Newton, Iowa. The Grubb’s have sold their popcorn to almost every state, including Hawaii and Alaska. It’s even been popped around the globe.

“A mother wrote to me asking us to send her son, who was serving in the military overseas in Jordan, a bag of our popcorn,” Ginger says. “But I couldn’t send him just one. I sent him a big box of stuff so he could treat everyone there.”

“It’s been 25 years since we’ve lost Melissa,” Ginger says. “And Central was so good to us. We are really pleased to be partnering with Central. It’s like we’ve come full circle.”