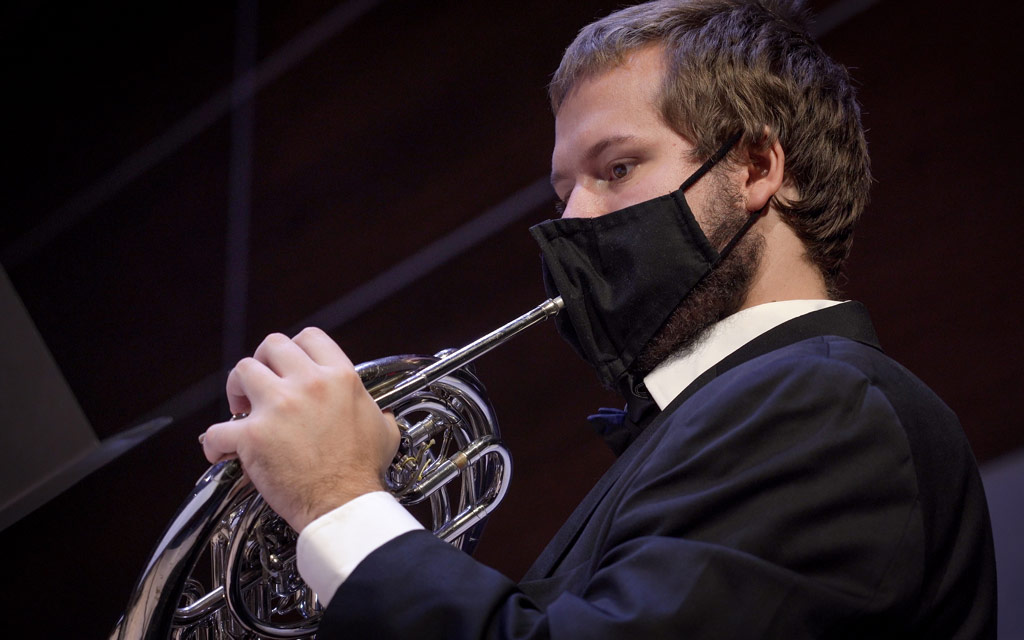 Performances will kick off with a Symphonic Wind Ensemble concert at 7:30 p.m. Thursday, March 11, in Douwstra Auditorium. The concert will feature a solo by Katey Halbert, adjunct instructor, on the French horn. Halbert will perform “Pele” by Brian Balmages, inspired by the Hawaiian goddess of volcanoes and fire by the same name. This lyrical work is an emotional rollercoaster to experience a glimpse of the goddess’ personality — from her quiet moments to her most volatile. The performance will be directed by Eileen McGonigal, assistant professor of music, and can be accessed on the department’s Facebook page.

Next, ALMA will perform at 8 p.m. Friday, March 26, in Cox-Snow Music Center. The performance will be livestreamed and directed by Gabriel Espinosa, associate professor of music.

Performances for the month conclude with a Flying Pans Steel Band concert at 7:30 p.m. Saturday, March 27, in Douwstra. The performance will be livestreamed and directed by Stan Dahl, senior lecturer of music.