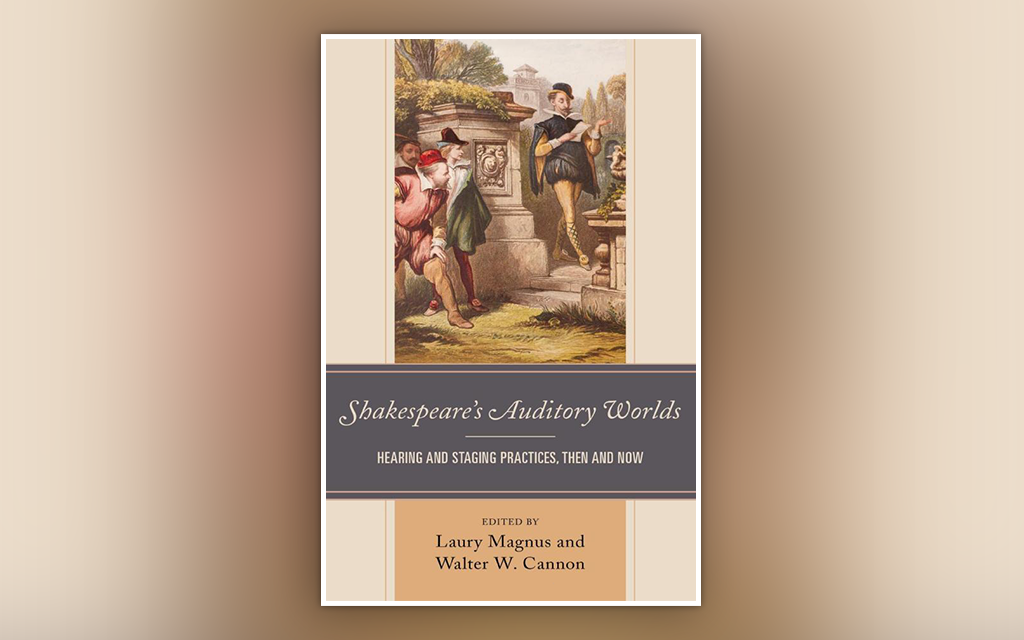 Inspired by all that can be heard by audiences both on and off Shakespeare’s stages, “Shakespeare’s Auditory Worlds” breaks new ground by exploring complex relationships between sound and sight, dialogue and blocking, dialects and other languages, re-voicings and nonverbal relationships essential to noise, sounds and music.

The book features a virtual round-table discussion with six actors from the American Shakespeare Center, who have extensive experience with the world’s first recreation of Shakespeare’s indoor theater — Blackfriars Playhouse located in Staunton, Virginia. The actors discuss their nuanced hearing experiences on stage, inviting readers to understand the multiple dimensions of Shakespeare’s auditory world.

“Shakespeare has kept me alive the way it has kept all of us alive,” Cannon says. “I know it’s difficult to do theatre these days, but you can find some friends, social distance or Zoom, and take turns reading a play out loud. The words need to be heard. I am so pleased to have this second volume arrive, making connections in these times of isolation.”

This is the second book Cannon has co-edited with Laury Magnus, the first being “Who Hears in Shakespeare?: Auditory Worlds on Stage and Screen,” published in 2011. Both books are part of Fairleigh Dickinson University Press’ “Shakespeare and the Stage” series.

Cannon became professor emeritus of English in 2016 after 37 years of contributions to college initiatives and classroom teaching at Central. He has been recognized with both campus awards and invited participation in national and international workshops and institutes, including work at the American Shakespeare Center and the Shakespeare Institute, Stratford-upon-Avon, England; the British and Folger Shakespeare Libraries; and Yeats Summer School in Ireland. His poems, essays and reviews have appeared in a variety of journals and books, including “Nimrod,” “The Blue Earth Review,” “Mid-America Poetry Review” and “The Upstart Crow.”