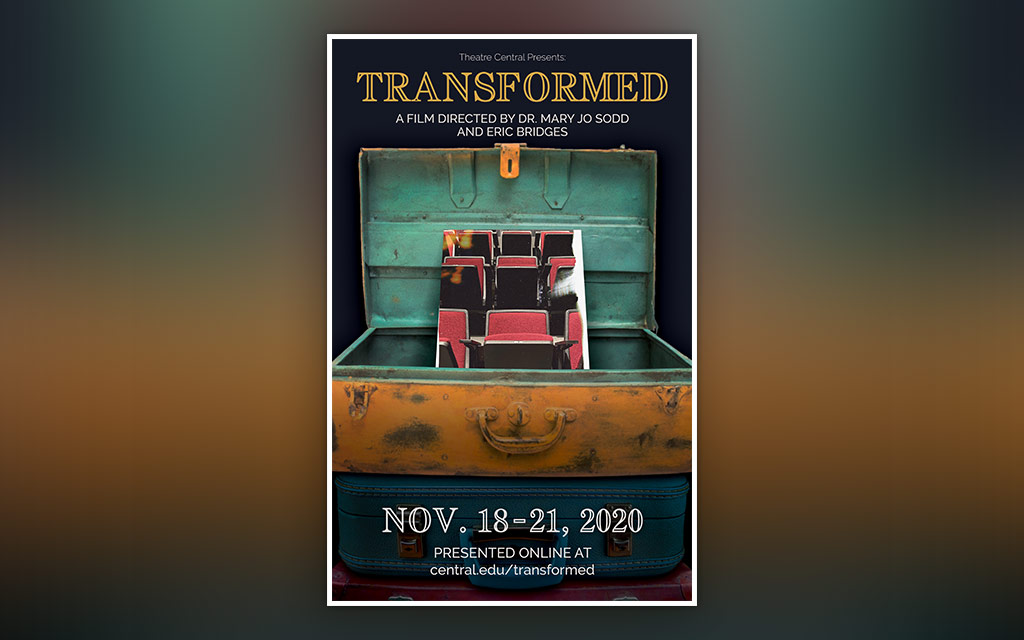 Central College’s theatre department will present the film “TRANSFORMED” online only from Nov. 18-21. It can be accessed at central.edu/transformed.

The nearly 60-minute film is an original production directed by Mary Jo Sodd, professor of theatre, and Eric Bridges, an independent filmmaker who graduated from Central in 2012. The two reached out to current and former Central students during the COVID-19 pandemic to “still create art.”

Cailyn Sales, Class of 2021, a theatre and communications studies major from Centerville, Iowa, became part of the directing and editing team.

The film replaces a directing/production slot within the theatre department, a result of the COVID-19 pandemic. The film premieres at 7 p.m. Wednesday, Nov. 18, and then is available online 24 hours a day through midnight Saturday, Nov. 21.

Sodd has taught at Central since 1996. She has served as theatre department chair, faculty advisor to Alpha Psi and director for the co-curricular theatre program. She holds a doctorate in theatre from the University of Colorado Boulder and teaches a variety of performance, history and literature classes.

Bridges received a degree in theatre from Central and earned a master’s in film and media production from the New York Film Academy-Los Angeles in 2017.