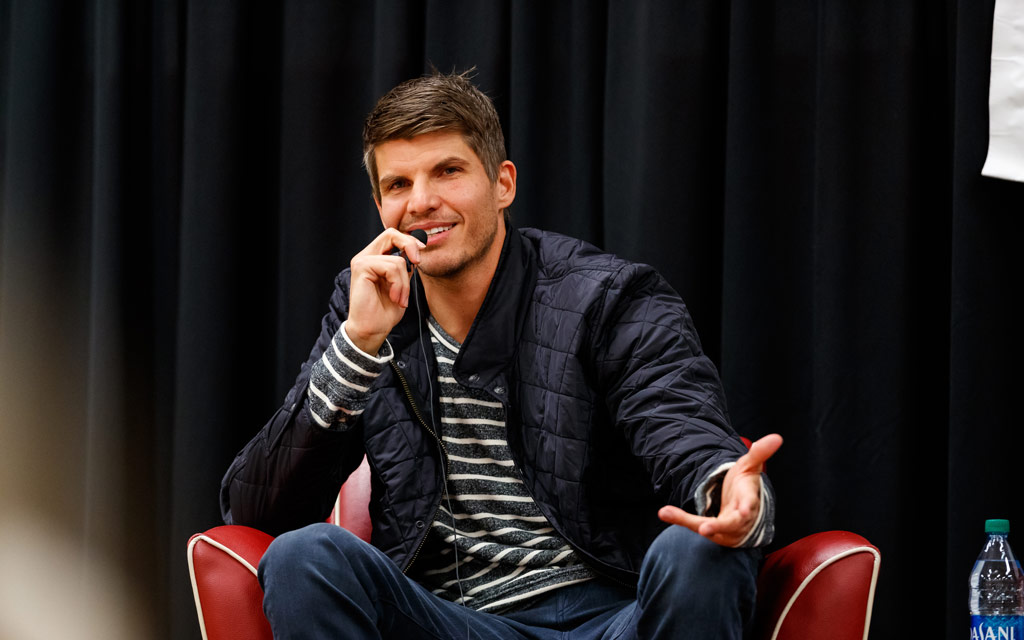 Kyle Korver, an NBA veteran who spent this season with the Milwaukee Bucks, will speak on campus at Central College at 7 p.m. Wednesday, Oct. 28, in P.H. Kuyper Gymnasium.

The event, part of the Geisler Penquite Educational Excellence Speakers Series, will be livestreamed. Limited tickets, one per person, are available to the general public.

Korver will take part in a Q&A session about his essay “Privileged,” which appeared in The Players’ Tribune in April 2019. It garnered national recognition and initiated a larger conversation around systematic racism and what it takes to become a true ally to others.

Korver was a second-round pick, 51st overall, by the New Jersey Nets in the 2003 NBA Draft. He’s played in more than 1,200 games averaging 9.7 points. He’s a career 42.9% 3-point shooter and three times led the league in 3-point percentage.

Korver’s integrity and character extend well beyond the court as he was the recipient of the 2015 NBA Sportsmanship Award and continues to leverage his platform to make a difference in the lives of others.

His advocacy efforts are put into action with his own charitable organization, The Kyle Korver Foundation, which utilizes a grassroots approach to enact change. He most notably has held clothing drives, has funded the building of wheelchair ramps, and has supported additional nonprofits.

There will be no autograph session. Media may attend, but requests for interviews will not be granted.