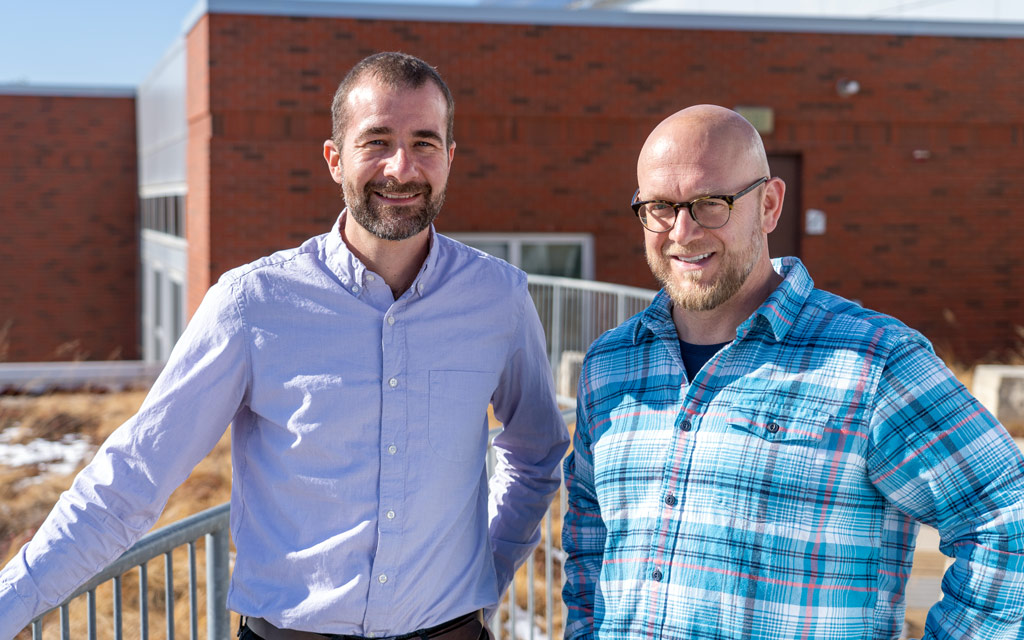 “Mid-Americana: Stories from a Changing Midwest” launched its second season Oct. 7. The podcast is the brainchild of Central College professors Joshua Dolezal, professor of English, and Brian Campbell, director of sustainability education and partnerships.

The project explores the history and identity of the Greater Midwest through the lives and stories of individual people. “Immigration” is the theme of the second season, which features eight stories from people who left their native countries to make a new home in the Greater Midwest. Dolezal and Campbell ask their guests what pulled them from their homelands, what challenges they faced while making a home in the Heartland and how they contribute now to a changing Midwest.

The debut season, with the theme “Homecoming,” featured eight native Iowans who left the Midwest and came back to stay.

All episodes of the podcast are available on at www.midamericana.com and can be downloaded through Apple, Google Play, Spotify and Stitcher.

Dolezal and Campbell will host a launch event at 7 p.m. Tuesday, Oct. 27, via Zoom. It will feature two of their recent guests: Kao Kalia Yang and Pavel Polanco-Safadit.

Yang is a Hmong-American writer, speaker and teacher who will share her experiences as a refugee settling in the Twin Cities and read from her recently published book “Somewhere in the Unknown World: A Collective Refugee Memoir.” Polanco-Safadit is an Indiana-based Latin Jazz musician who will share some of his music, his story of immigrating from the Dominican Republic to study piano and his work supporting the growing Latino community in Indiana.

Episodes for the second season will be released Wednesdays every two weeks through mid-January.