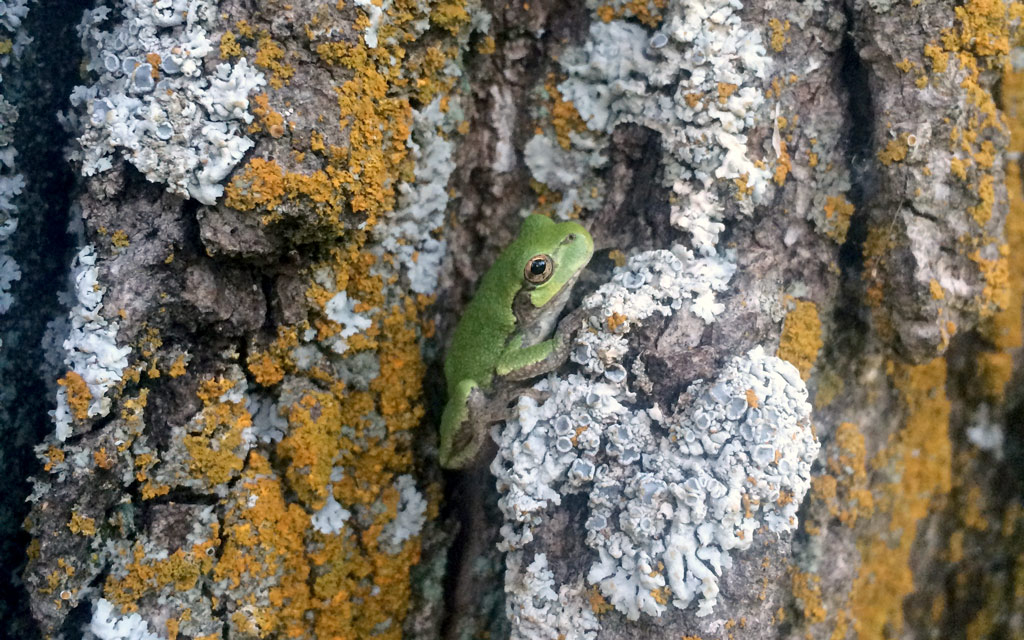 Central College has received a $2,500 grant from the Iowa Department of Natural Resources Iowa Wildlife Diversity Program to determine if forest management practices under evaluation for invasive honeysuckle control have the potential to affect overwintering amphibians.

In its application, Central noted “the Iowa Department of Natural Resources is conducting a research project in conjunction with Iowa State University to test the efficacy of using a one-time late-fall aerial application of aquatic-safe glyphosate, better known as a broadleaf herbicide, to control invasive honeysuckle in forest habitats.”

“However, it is important to consider whether management practices may result in unintended impacts to nontarget wildlife species,” says Nicole Palenske, associate professor of biology at Central, who is serving as the principal investigator of the study. “The objective of this project is to investigate whether invasive honeysuckle control could disturb amphibians in their winter homes.

“Many amphibian species overwinter by burrowing below ground, sometimes in forested habitats. In Iowa, this could include some species of greatest conservation need such as Blanchard’s cricket frog, Cope’s gray treefrog and the eastern gray treefrog. Although habitat improvement would benefit amphibian populations in the long-term, pesticide exposure may be a source of stress to individuals,” adds Palenske, who will work alongside Central students to prepare and place passive sampling devices at study sites.

The project is a joint venture of Central and the Iowa DNR and will be conducted in south-central Iowa.

This work started November 2019 and will continue through 2021. After reviewing the data, Palenske and students will prepare a paper for potential conservation publication and present the research findings at a Central research symposium.

ABOVE: A gray treefrog nestled on a tree. (Photo by Jenny Swanson)