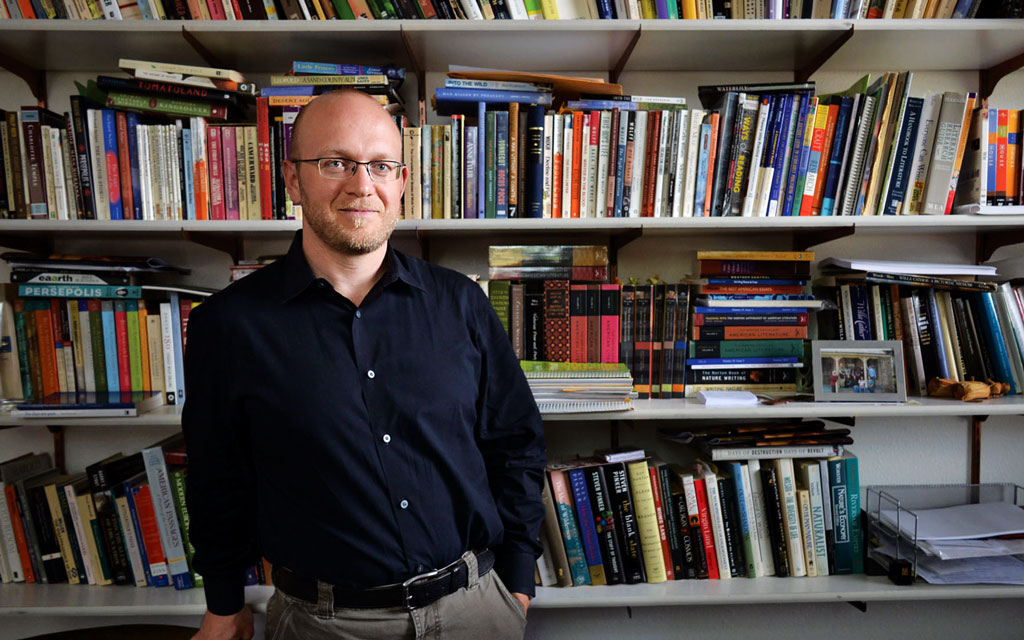 Dolezal’s “Syruping” explores the mythology, history and technology of maple syruping from its ancient Native American roots to its ascendance in the 1800s to his tapping of his front-yard Norway Maple with his young daughter, to its impending evolution into a plantation-cropped commodity.

He writes, “I want to see my own syruping as a touchstone for the way a place changes, the way all places are now changing. Syrup itself is changed, from rain and soil into sap, then back into steam and the sugar left behind.”

“One of the things that immediately interested me in this essay was how it does so many things at once: It is a true exploration and meditation, researched and also personal, ranging widely, about home and placelessness,” says Laura Julier, associate professor of writing, rhetoric and American cultures at Michigan State University and editor of Fourth Genre. “Dolezal uses the history of tapping maple trees and syrup making to reflect on American history, Native American legends and the concepts of time and belonging. The piece merits multiple readings with stunningly beautiful language.”

Dolezal has taught at Central since 2005. A former wilderness ranger and firefighter, he also enjoys running, songwriting and cycling. His literary scholarship has appeared in journals such as Medical Humanities, Ethics and the Environment and Cather Studies. His essays and poems have appeared in many literary journals, including The Kenyon Review, Shenandoah and Fourth Genre. He is also the author of a memoir, “Down from the Mountaintop: From Belief to Belonging,” published by the University of Iowa Press.