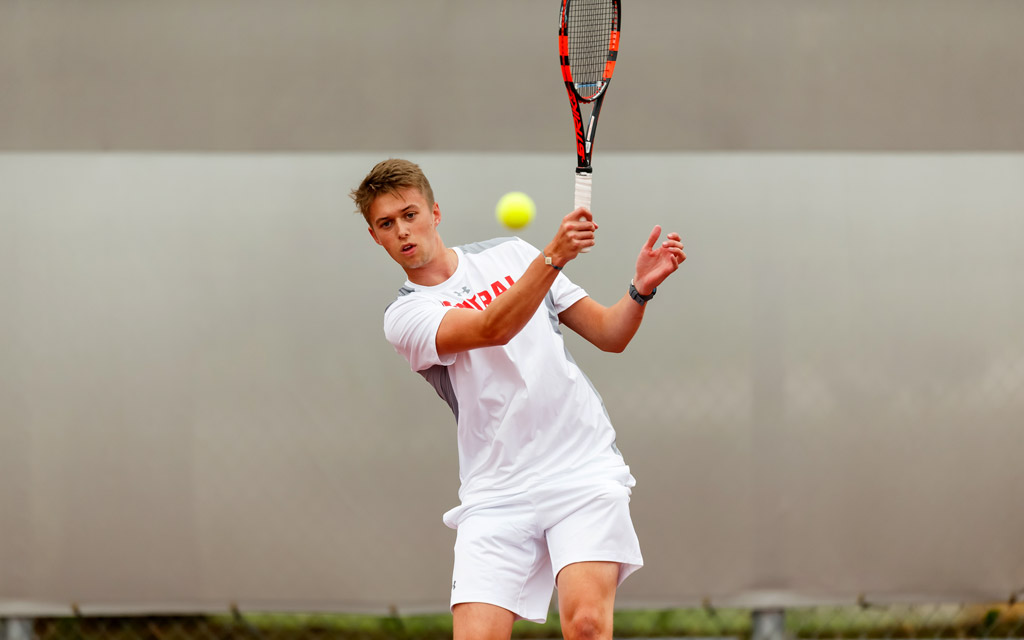 Tennis has always been a part of my life.

I can still remember walking up to the park near my house with my family and playing doubles when I was around six or seven years old. My brother would always get the best of me and I always wanted to keep getting better until I could beat him.

If you ever saw me on campus you would probably say to yourself, “Yep there’s Kris Weeden, he’s the tennis player.” And that was something I was always proud of.

This past month has been tough on everyone. We all realize that there are much more important things to consider during this time than our sports seasons, but it is difficult not to feel emotional about what would’ve been the final moments of competitive tennis for me.

This season was special. I have never been a part of a better group of guys, nor had I ever been a part of such a talented team. Every guy on that team had given me a reason to be excited, and I can honestly say that I consider each and every one of them to be my brothers. For all three years prior, I had wanted to become a team captain and model myself after the captains that I looked up to as an underclassman, and this season I had the opportunity to do that. I wanted nothing more than to be a great leader for Coach (Ryun) Ferrell, for the guys, and for Central College athletics. But that is something that I will not be able to finish, along with the many other goals the team and I had set for this season.

Had I known our last match against Concordia (Nebraska) March 11 would be my last match ever, I would have savored every single point, game, and set for as long as possible. I had lost my singles match in that meet and went on to watch the rest of my teammates finish it out without thinking anything of it. We were ready to take on the conference juggernauts in Coe and Luther (it was our team goal to beat at least one of them this year). Playing in the red shirts that were normally too big and in the white shorts that showed my blinding white thighs more than I would’ve liked was my favorite part of every spring weekend, and I wanted it all to end with a conference championship against one of our rivals.

Nobody deserves a conference championship more than Coach Ferrell.

There is no coach out there that I would’ve rather played for in my college career. Coming into Central, I was a hot-headed guy who tried to hit the ball as hard as he could every time with a very immature attitude. Basically, I was a typical freshman. Coach took me in and morphed me into a completely different person. If you have ever had the privilege to meet Coach Ferrell, he has the most animated personality that you will ever meet, and he doesn’t care who sees it. I think this is why we always got along so well, because of our similar personalities. But the biggest reason he deserves a title at Central is because of how much he cares for his athletes. Every single one of us is like one of his children in his eyes. He is truly one of the most caring people and wears his heart on his sleeve every single day. The team will always be in good hands with him at the helm, and I have no doubt that he will get that conference title one day.

Every other senior athlete feels the same way I do. It was a sad day when the American Rivers Conference sent out that memo saying that all competition would be canceled. But that does not change the fact that we are forever Dutch. We will always have a home in Central College, no matter where we are or what we might be doing. We all have our own story playing sports and Central allowed us to express that every single day. Wearing the red and white gave me memories that I will never forget. I am proud to be a part of the Class of 2020, and to have been a part of Central athletics for four years of my life. Thank you, Dutch Tennis. 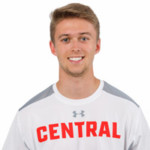 Kris Weeden ’20 is a senior communication studies major and a co-captain of the Central College men’s tennis team. He also worked as a student assistant in the Central athletics communications office. His collegiate career ended March 12 when the remainder of the spring season was canceled due to the COVID-19 virus outbreak. He is completing his spring semester classes from his family’s home in Des Moines.