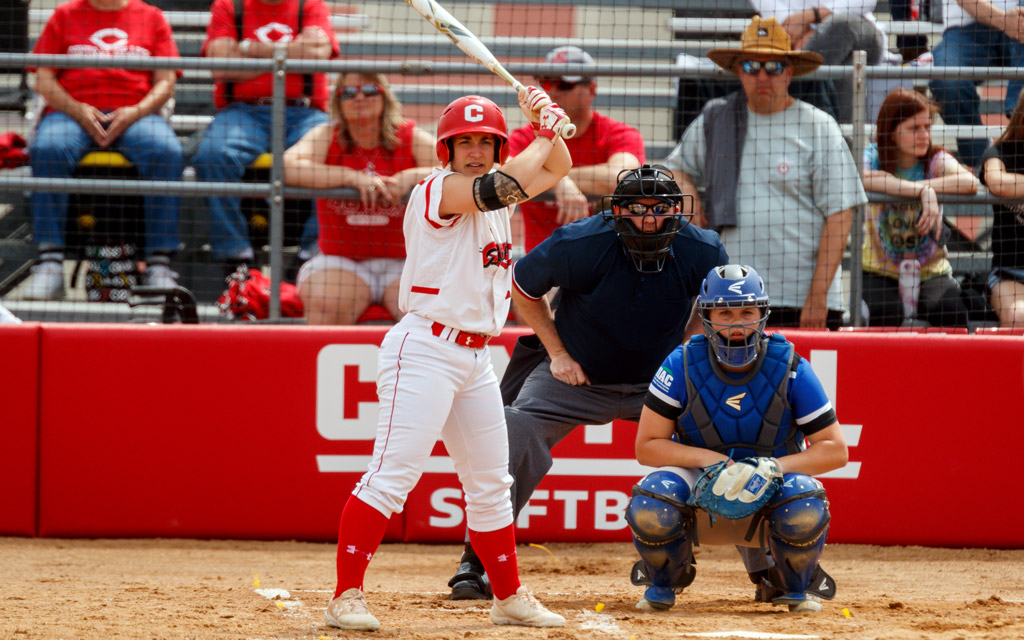 Featured: Sara Tallman Led No. 12 Ranked Central in Hitting and Then …

Story originally featured in the Pella Chronicle
By Perry Bell

How did the coronavirus shutdown affect athletes who attend Central College?

Sara Tallman, a 2016 Pella High graduate, shared her thoughts on the terrible pandemic.

Sara is the daughter of Paul and Christy Tallman of Otley. She is a senior on the Central College softball team.

Following a trip to Arizona the Dutch were off to a 6-1 start and ranked 12th in the nation.

Sara led the Dutch with a .455 batting average as the leadoff hitter. She was closing in on the all-time career steal list at Central. That mark is 113 and Sara had 100 under her belt.

She was on pace to rewrite the record books for career steals.

Then all of a sudden daylight turned into darkness, or so it seemed.

“When we first heard about the coronavirus and how it was shutting everything down. We got the news a little bit at a time at Central. First we heard there wouldn’t be a postseason. Then there was a meeting that the conference had called all of the games and we thought we’d play non-conference only,” Sara said.

She added, “In a matter of days we finally got word from the coaches and the college that the entire season was called off and those who lived in the dorms would have to move out.”

“It was all taken away and there was nothing we could do about it. We were all in shock. We were all together as a team when we were told the season was over. Tears were shed and there probably wasn’t a dry eye in the room. Something special we had going on our team and the potential for us was gone just like that,” Sara said.

She continued, “None of us have seen our teammates since the season ended. We care deeply about each other, our program and the sport itself.”

“The coronavirus is something that shouldn’t be taken lightly. Government officials are serious about this. It is hard to see the impact when it is not prevalent in our community yet. It is terrible that it is happening, but there is nothing we can do about it,” Sara replied.

Division III athletes in the spring sports have been granted an extra year of eligibility if the athlete wants to take advantage of that offer.

Sara commented on how that might impact her, “ I’m planning on graduating with the possibility of coming back to play. I’d really like the opportunity to come back for sure, but it’s not all set in stone.”

When asked if the country is doing the right thing with the coronavirus?

“At this time it is hard to know what the right thing is, but it is better to be cautious and deep down it probably is a good decision,” she replied.

Sara is majoring in Elementary Education following in the footsteps of her aunt, who is a teacher.

Sara said, “I think at this time it is hard to stay away from others and be cut off from people (isolation). There are other ways to stay in contact than face to face. It is difficult but we must stay positive about dealing with the virus.”