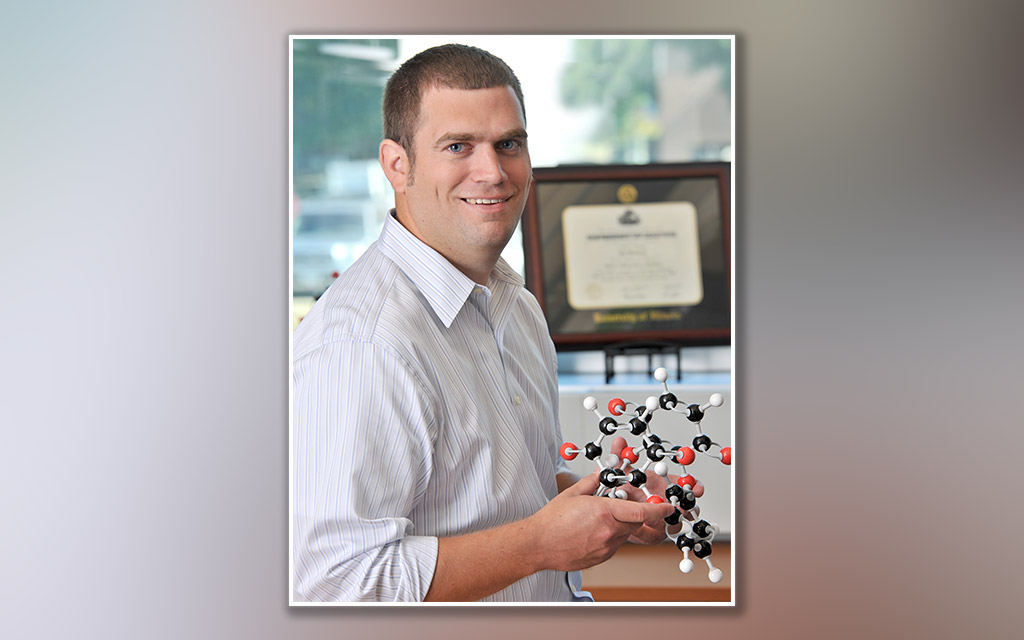 Jay Wackerly, associate professor of chemistry at Central College, was the primary author of research published in “Chemistry — A European Journal” earlier this year. Wackerly was joined by former and current students from Central, as well as faculty and students from the University of Iowa.

The paper was titled “Cambiarenes: Single-Step Synthesis and Selective Zwitterion Binding of a Clip-Shaped Macrocycle with a Redox-Active Core.” Wackerly says the research started soon after he arrived at Central in 2011 and elaborates on previously published research from his lab.

“We invented a new molecule that we named ‘cambiarene’ and showed that it can grab on to specifically targeted small molecules. We plan to build on this work by taking these small molecules and delivering them to a desired location — a concept known as molecular transport,” Wackerly says. “Our work could lead to a breadth of applications such as targeted drug delivery. For example, you could have chemotherapy delivered selectively to cancer cells only, minimizing side effects.”

The research was funded through grants that have included the Moore Family Foundation Development Grant every year since 2013.

The abstract for the research describes it as: “A novel macrocyclic host molecule was synthesized that forms in a single step from commercially available starting materials. The core of the macrocycle backbone possesses two quinone rings and, thus, it is redox‐active. Host–guest binding involving the clip‐shaped cavity indicates selective binding of pyridine N‐oxides based on the electron density of and steric bulk around the anionic oxygen.”