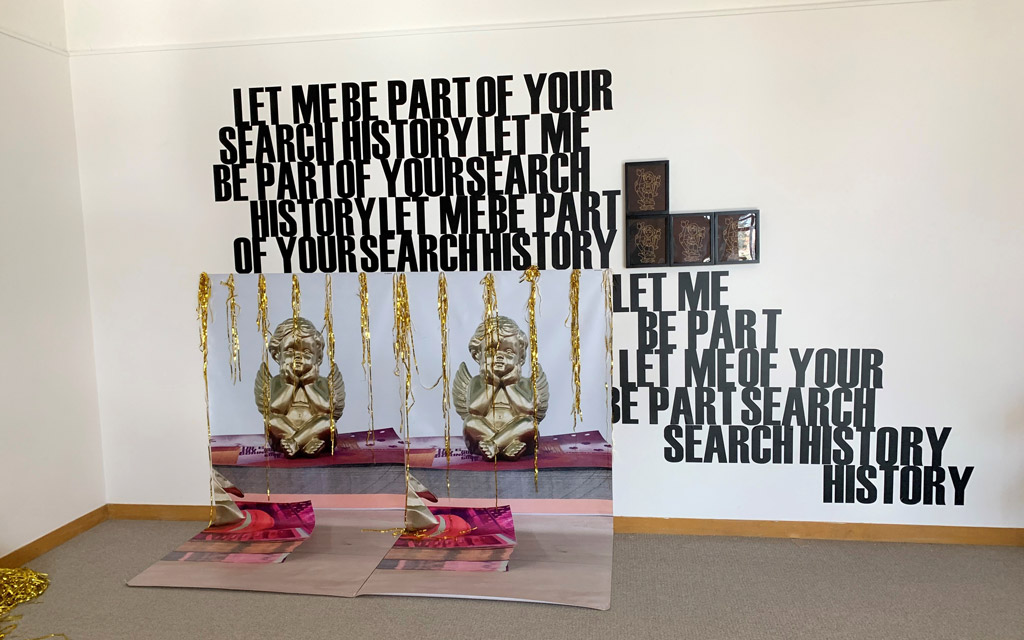 Central College will welcome the works of Jonathan McFadden from Jan. 20 through Feb. 14 in the Mills Gallery in the Lubbers Center for the Visual Arts.

McFadden holds an MFA in printmaking from Edinburgh College of Art, United Kingdom (2009), BFA in printmaking (2006) and BA in French (2006) from Texas State University and has studied at the L’Université de Picardie in Amiens, France.

His work has been exhibited at the National Gallery of Scotland, Royal Scottish Academy, University of Texas-San Antonio, University of Wisconsin-Madison, Zayed University, National School of Art, Bucharest, Julio Valdez Project Space, Northwestern University and many other national and international venues.

“As we installed his work in the Mills Gallery, I realized that Jonathan McFadden’s artwork might challenge some who view it, not because of offensive content, but because the conceptual tenor,” says Joe Hoksbergen, director of the Mills Gallery. “Unlike so-called traditional works of art contained in frames, McFadden’s works burst out from the frame into the gallery space.

“The work includes digitally manipulated photographs; repeated phrases in bold vinyl text; vinyl shapes; and 3D printed figurines. This is not the artwork many of us are used to. So I asked the artist to explain his work to me as if I’m a 12-year-old. He said, ‘The easiest entry point is probably Pop art.'”

McFadden describes his work as “processing fragments of personal narratives.” He points out that “these digital images appear in ours social feeds temporarily, but they have a permanence and history that exists beyond the brief moment we view them on our devices.”

The public is invited to an artist talk and reception in the gallery at 5 p.m. Wednesday, Feb. 5. The Mills Gallery is open from 9 a.m. to 5 p.m. Monday through Friday.