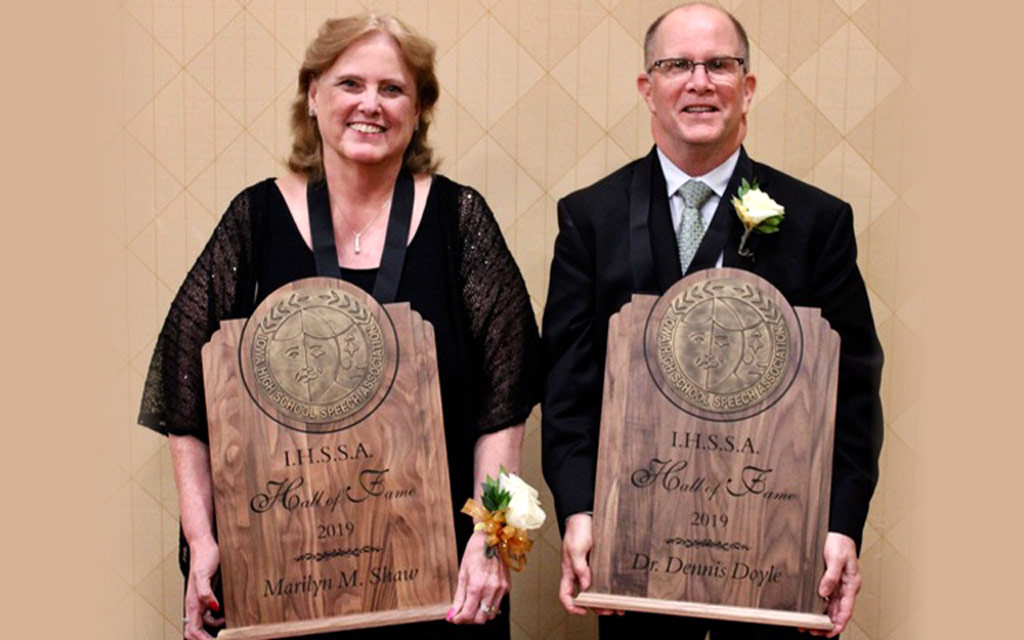 Doyle has been a coach and longtime judge for the IHSSA, starting as a coach at Fairfield High School. He started judging in 1989 when he started at Central.

During his years of service, Doyle has been a Large Group and Individual Events coach. He has judged at all levels for the IHSSA, including district, state and all-state in both the IE and LG areas. He is the only person in IHSSA history to judge all six areas in one year. Doyle also has been asked to speak and present at the IHSSA Coaches Convention, IHSSA Judges/Coaches workshop, Southeast District meetings and other statewide conferences.

“I was a bit overwhelmed, but I feel gratitude for the recognition by the IHSSA and proud of my association with the excellent speech education occurring in our state,” Doyle says.

Doyle was joined by Marilyn Shaw, another longtime coach and judge, at the IHSSA’s Hall of Fame induction at the Gateway Hotel and Conference Center in Ames. They were the 66th and 67th members inducted into the association’s Hall of Fame.