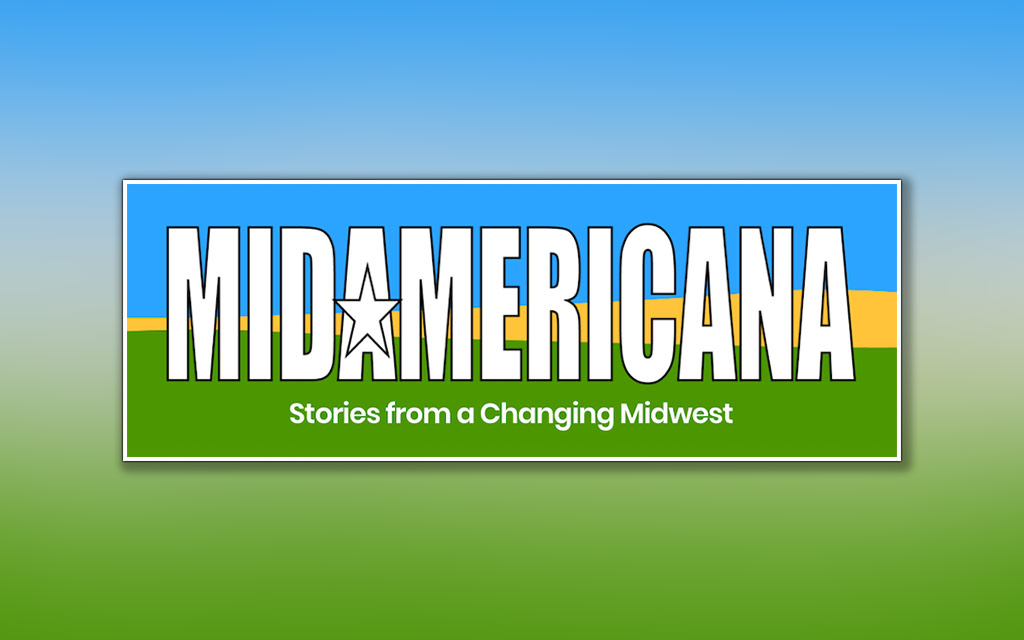 RAYGUN Des Moines will host a launch party from 7-8 p.m. Wednesday, Nov. 6., for the podcast “Mid-Americana: Stories from a Changing Midwest.” It is a project of Central College professors Joshua Dolezal, professor of English, and Brian Campbell, director of sustainability education.

The project explores the history and identity of the Greater Midwest through the lives and stories of individual people. The debut season, with the theme “Homecoming,” features eight native Iowans who left the Midwest and came back to stay. It details what pulled them away, what drew them back and what they contribute now to a changing Midwest.

The first two of the eight episodes for this season have been released. They are available on the website www.midamericana.com and can be downloaded through Apple, Google Play, Spotify and Stitcher. The first is titled “Gateway to the Midwest: Mike Draper” and the second “Divided by Difference: Dawn Martinez Oropeza.”

Draper, a native of Van Meter, Iowa, is the founder and owner of RAYGUN. Oropeza, who has deep roots in Des Moines, is executive director of Al Exito, a mentoring and youth empowerment organization that works with hundreds of middle and high school-aged Latinos across Iowa.

RAYGUN touts itself as “a printing, design and clothing company owned and operated by extremely attractive Midwesterners.” At the launch party, T-shirts specific to the podcasts will be available.

The third podcast, titled “So Local You Can Only Get It Here: Megan McKay,” will be available Nov. 6 to coincide with the RAYGUN launch party. It focuses on McKay, the founder and owner of Peace Tree Brewing Company in Knoxville, Iowa.

The final five episodes will be released Wednesdays every two weeks through mid-January. Possible themes for future seasons of “Mid-Americana” include agriculture, immigration, climate change, education, energy, religion and more.

In June, Campbell and Dolezal, who recently joined  “Talk of Iowa” host Charity Nebbe to discuss the project, received an $18,630 grant from Humanities Iowa, a state-based affiliate of the National Endowment for the Humanities. The mission of Humanities Iowa is to promote understanding and appreciation of the people, culture and stories of importance to Iowa and the nation. The foundation provides grants and partnerships to other nonprofit organizations that further the humanities in the state and conducts its own programs to support the humanities across Iowa.