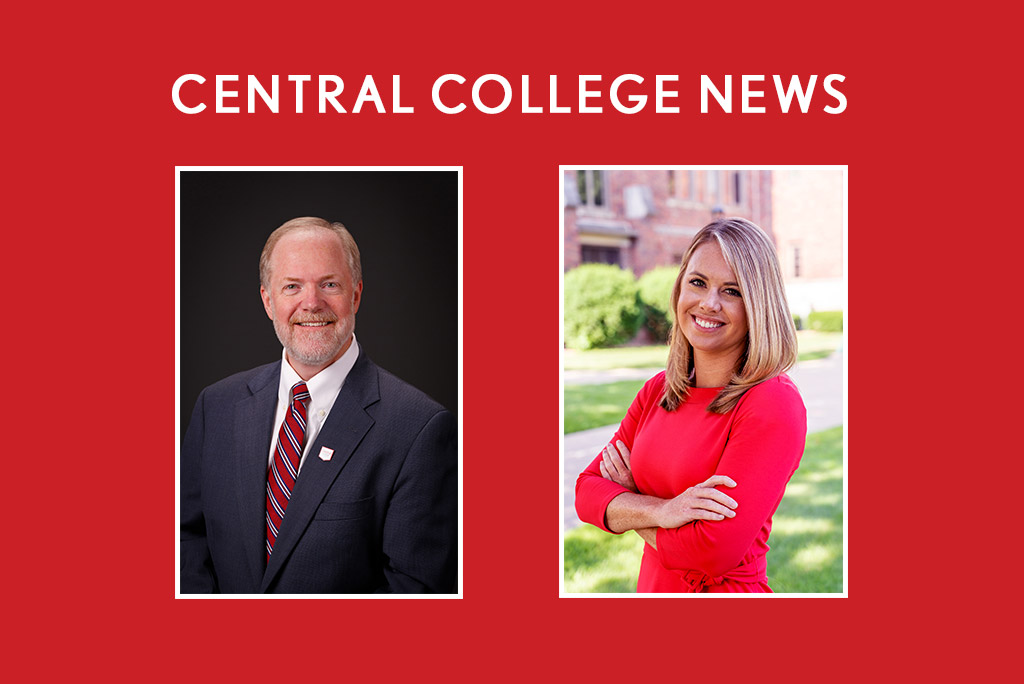 President Mark Putnam was reappointed to serve a second term on the College Student Aid Commission. Putnam will serve on the nine-person board through June 2023. He has been a member on the commission since 2017. He also currently serves on the executive committee of the governor’s STEM Advisory Council, the executive committee of the Future Ready Iowa Alliance and is a member of the Iowa Clearing House for Work-Based Learning Advisory Board.

Putnam, Central’s president since 2010, is active in local, regional and national efforts to advance education and promote economic development and workforce initiatives. He also serves as chair of the Iowa Association of Independent Colleges and Universities board of directors and is president of the board of directors for the Pella Area Community and Economic Alliance. Additionally, he serves on the boards of the Iowa College Foundation, Iowa Campus Compact and the American Rivers Conference.

Jenae Jenison, Central’s director of external engagement, has been appointed to the Iowa Energy Center Board. Her appointment runs through June 2023. She also serves on the executive committee of the governor’s Empower Rural Iowa Initiative, with an appointment running through August 2020.

Also active in leadership roles across the state, Jenison earlier this month was selected by the 2018-19 Leadership Iowa class to serve as an honorary Leadership Iowa representative to the Iowa Association of Business and Industry’s Board of Directors.

A 2011 Central graduate, Jenison serves as a committee member for the Pella Talent Pipeline Initiative and policy chair for the Pella Area Community and Economic Alliance Economic Development Council. She is a board member for the Pella Historical Society and Museums and is a legislative working group member of the Iowa Association of Independent Colleges and Universities.