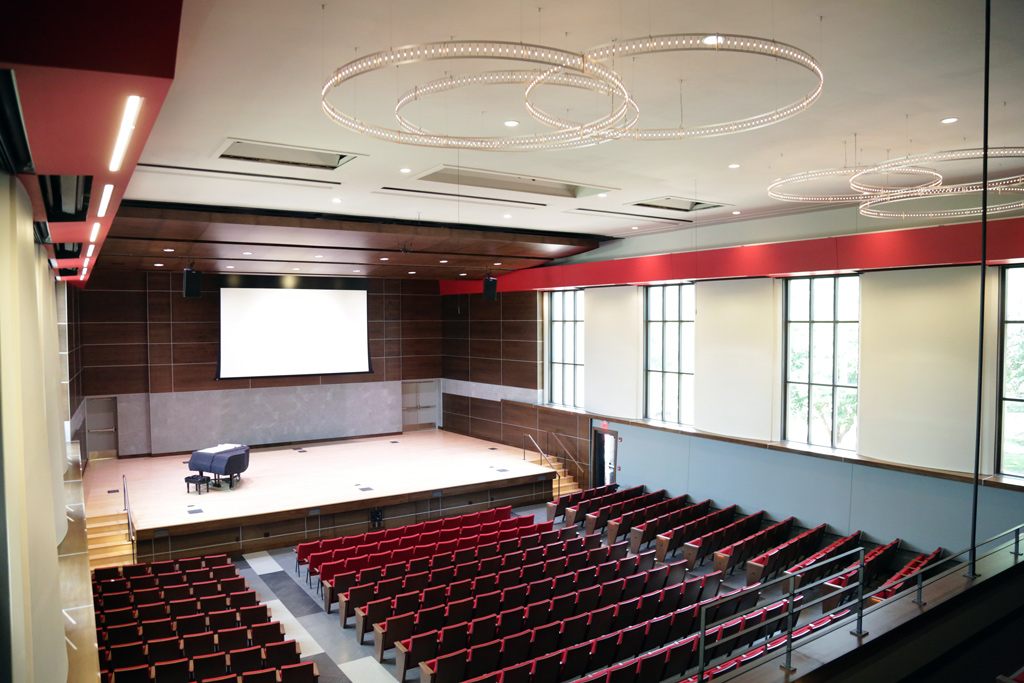 Central College invites the public to share in celebrating the completion of extensive renovations to historic Douwstra Auditorium.

“The first public concert in the renovated Douwstra Auditorium will be held during Central’s Homecoming on Friday, Sept. 28,” says Jenae Jenison Stokesbary ’11, director of external engagement. “The open house in August provides an opportunity for the Central College family and Pella community to have a sneak peek at the incredible transformation that’s occurred over the past several months. All are welcome to visit on Aug. 7.”

The recent $2.2 million renovation—the first phase of two planned for the facility—has transformed the local landmark into a regional concert hall. Private donors provided all the funding for the renovated space, including a $1.2 million lead gift from the James ’66 and Beatrice Minium Hoekstra ’64 estate.

The Hoekstras, both musicians, met at Central while playing in the band’s trombone section. Sons Steve ’92 and Tim ’95 are also lifelong musicians and continue the family legacy.

The auditorium, located in the college’s Central Hall, was constructed in 1939. Originally designed as a chapel, Douwstra Auditorium has been the center of Central’s campus ever since. It serves as a gathering place for music, the arts, conferences and guest speakers.

“The building is included on Pella’s historic landmarks list. We are thrilled with the renovation, which honors the facility’s historic relevance, while also providing improved space and technology to serve Central’s students and staff and the greater Pella community,” says Doyle Monsma ’83, a major gift officer at Central who is leading fundraising efforts for the transformation.

The renovations, which began in December, include:

The second phase of the project calls for the installation of a hand-crafted Casavant Freres pipe organ.

“The newly renovated Douwstra will mean an opportunity to expose students, alumni, community members, parents and people from all around the state and the region to experience a world-class concert hall,” says Mark Babcock ’91, M. Joan Kuyper Farver Endowed Chair in Music, associate professor of music and director of choirs. “The arts are part of humanity and part of human development, and part of how we communicate and bring people together.”