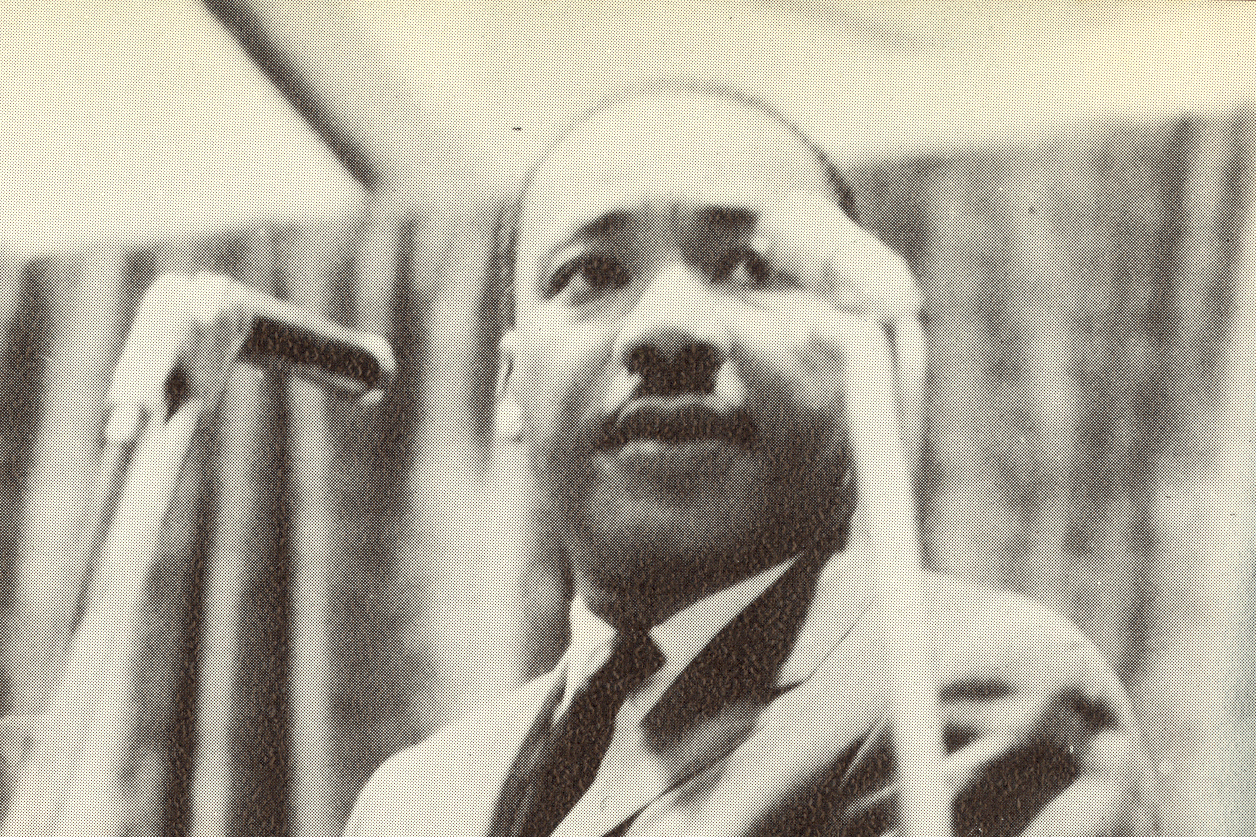 Fifty years ago, Central College hosted one of America’s most influential citizens for one of the longest-remembered evenings in its history. Martin Luther King Jr. addressed an audience of 1,300 in the college gymnasium on March 22, 1967, just over a year before his assassination.

President Don Lubbers never expected King — already a Nobel Peace Prize Laureate and renowned civil rights leader — to accept his invitation to Central. “It was quite a coup for the college to get him here,” Lubbers said.

Martin Luther King Jr. spoke at Central College 50 years ago on March 22. The college celebrates the anniversary of his visit later this year.

King became the featured speaker of Central’s four-week Christian Action Symposium, “Participating in Urban Reform.” The series encouraged students to participate in summer service in Des Moines, where three other speakers were involved in community action programs. The Reformed Church in America’s Commission on Race provided a grant for the series, which allowed Central to offer King a $1,000 honorarium.

Rich Glendening ’62 was in his first year teaching at Central and remembers faculty members were surprised and excited that Central would have such a prominent national figure on campus.

“He was a hero,” says Barbara Butler ‘58, then part of Central’s alumni office. “We were thrilled to have him. I was a great admirer of Martin Luther King, so I was delighted to hear he was coming to campus.”

King’s visit was a welcome surprise for many, but his trip to Pella was also anticipated with concern. Central leaders asked local law enforcement for extra support in case of protests, and several faculty members were also asked to watch over the event.

On March 22, King was scheduled to arrive in Des Moines in a private plane. However, rumors of protests on Highway 163 changed those plans. State and county police learned of a group planning to burn crosses along the route from Des Moines to Pella. Determined to avoid the antagonists, they rerouted King’s plane to Ottumwa instead. The switch made for a quiet trip into Pella — and a big delay to the evening’s events.

“There was no rowdyism with the appearance of Dr. King,” the Pella Chronicle reported March 28, although unknown individuals burned a cross on the west edge of town. That issue’s headline read, “A long, long way to go.”

After traveling a secret route to avoid protesters, King finally arrived in Pella and was welcomed at the president’s residence by Lubbers and his family.

Mary Lubbers Montgomery, the president’s daughter, was seven years old and remembers waiting for King in her best dress, peeking anxiously through the curtains as the evening grew later and later. Finally, King arrived at the president’s residence in a big black sedan, accompanied by state troopers.

“My brothers and I started jumping up and down — we were so excited, we could not control ourselves,” says Montgomery. “I knew this was a great person — he was working so hard for equality for all people.”

Lubbers’ wife, Eunice Folkerts, says the evening passed in a blaze after King arrived in Pella. “I was just such a nervous wreck, having such a great person in my living room,” she remembers. “I don’t know where I was that night, just busy smiling and shaking hands. But I remember he was such a gracious person.”

King’s Speech from the Spirit

Meanwhile, more than 1,300 people waited in Central’s gymnasium. Packed into bleachers and folding chairs, they remained until King arrived, nearly 90 minutes late — and greeted him with a standing ovation.

King is introduced by Walter Hopkins, then assistant professor of sociology at Central and director of the Christian Action Symposium.

The audience included nearly 1,000 Central students and faculty members, plus guests from throughout the state. “We had a very heavy demand for tickets,” Lubbers remembers. “It was all over the Iowa news media.”

Right before his speech, a group of reporters asked King for a quick preview of what he planned to say. Reporter Donald Kaul included King’s reply in his column in the Des Moines Register: “He smiled a wry smile and said: ‘You shouldn’t ever ask a Baptist preacher to summarize what he’s going to say. A Baptist preacher speaks from the spirit.’”

King certainly spoke from the spirit, Kaul wrote. “He started slowly, softly, tracing the history of the Negro in America: Slavery, emancipation, the liberating decisions of the Supreme Court, the civil rights legislation. Also the lynchings, the high unemployment and infant mortality rates; the low wages and inadequate educational systems. He avoided cheap histrionics; there was no arm-waving, no shouting. Instead he spoke calmly, his speech pattern taking on a Biblical cadence. Yet he is very much the Baptist preacher. His manner is understated but it communicates the intensity of his conviction that we must find a way to integrate the races of our society or else face self-destruction.”

King’s audience listened in awe, Montgomery remembers. “Even as a youngster, I sat there and listened to every word, just mesmerized,” she says. “That’s the way he was – he had the audience captured, and everyone hung on his words.”

Even 50 years later, King’s speech remains an unforgettable moment for many of his listeners. “I would say that it remains one of the most significant events of my life, one that I feel so fortunate to have been a part of,” says Barbara Gunnerson Knafelc ‘69. “When I see images of Dr. King, I still remember how it felt to be in his presence, and to hear his beautiful voice delivering his important and stirring message.”

Bruce Anderson ’70, a freshman in 1967, describes experiencing King’s address as “a brush of greatness that changed my mind, heart and life forever.” Anderson later became an elementary school teacher in Des Moines and taught about King’s legacy each year. “I carried his message of hope and freedom in my heart and mind ever since,” he says.

Montgomery has told her story ever since, too. “As a little kid, I said to my classmates the next day, ‘Do you want to shake the hand that shook the hand of Martin Luther King?’” she says. Montgomery also became a teacher and says she enjoyed sharing King’s vision with generations of Iowa students, building the same excitement in her classroom that she experienced while waiting to meet King at age seven.

After his speech, King joined a smaller crowd during a reception at the president’s residence. “He was a very easy person to converse with,” says Lubbers, “and he was very generous with his time.” Then, by 11 p.m., King left for Chicago to resume other civil rights efforts.

Just over a year later, King’s assassination stunned his earlier audience at Central. Dean William Hinga told the Ray in 1988, “He was a dynamic man. One of the things that was very vivid to me after he finished… was the reaching out… by blacks and whites to each other.”

In 1969, Central’s Good Friday services paid tribute to King on the first anniversary of his death. Students completed a silent march around Pella’s square and installed a picture and plaque in King’s honor in the student union.

This year, Central marks the 50th anniversary of King’s address on campus with the dedication of a new display commemorating his visit. Several additional events will honor King’s enduring legacy and celebrate ways that Central continues to participate in efforts toward social justice.

“Both in 1967 and today, King’s message of equality and inclusivity inspires and informs us as we strive to live out the ideals of justice, mutual respect and compassion,” says Central College President Mark Putnam. “The work continues; we will persevere.”