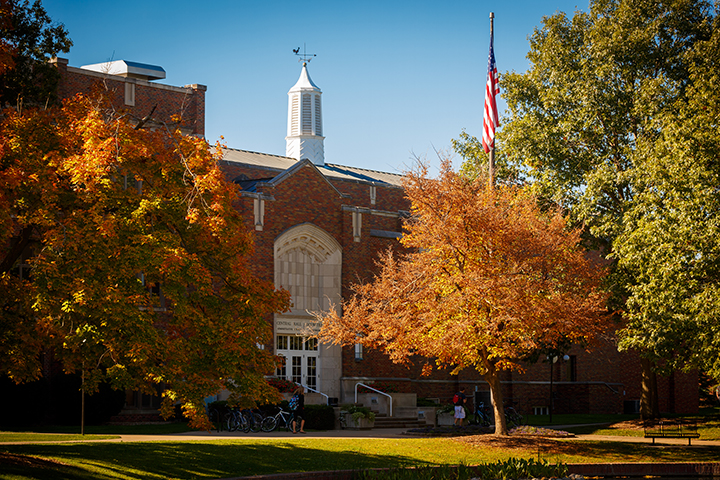 For the fifth consecutive year, Central College has announced its smallest price increase in nearly 50 years. Total price for tuition, room and board next year will be just 2.9 percent higher. The increase is identical to last year — and less than the previous 3.5 and 3.95 percent increases.

“As part of Central College’s ongoing commitment to affordability, we continue to do all we can to limit costs and to partner with students to ensure that a Central education is accessible to all,” said Central College President Mark Putnam. “We’ve reduced annual expenditures more than $3.1 million over the last four years and are committed to reducing costs further, without compromising the quality of a Central education.”

Donor support of students and Central’s mission extends beyond scholarships, too. Central has raised nearly $31 million since fiscal year 2012. These donations support many strategic initiatives, including academic and student development, faculty development, athletics and global experiential learning, as well as student aid and the Journey Scholarship Fund.

The college also makes sure each student can graduate in four years — an important factor for determining cost. If students fall behind at other colleges, they pay more tuition and lose wages they would earn after a timely graduation. At Central, 92 percent of graduates finish in four years or fewer, and nearly 100 percent are employed in a field of their choice, enrolled in graduate/professional school or completing a year of service within a year of graduation.