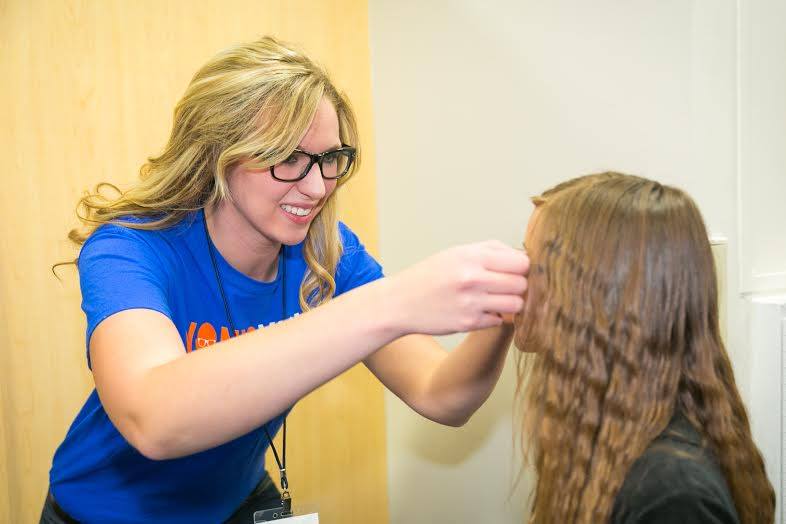 Featured: A Passion for Sports and Volunteering

Holly Osborn ’13 has more than a passing interest in this Sunday’s Super Bowl game. The Central grad is volunteer coordinator for Von’s Vision, the charity started by Von Miller, the Denver Broncos linebacker who will be one of the most-watched players in the big game. Von’s Vision works to provide low-income Denver children with needed eye care and corrective eyewear. Osborn works with the organization when she’s not busy with her day job as a health and sports writer for 303 Magazine in Denver.

Q: How did you first get involved with Von’s Vision?

A: I attended the kickoff event for the charity as a sports writer for the magazine I work for. Everyone involved was so nice, I asked them to keep me in the loop with the foundation. They reached out to me about being their volunteer coordinator and local team liaison and I of course said yes. It’s been about two years and I love it!

Q: How has your Central education helped you?

A: Central taught me the importance of networking … it is not only about what you know, it is about who you know. I learned how important it is to make connections and relationships within your field.

Q: What are you most excited for with the Super Bowl?

A: Watching our defense shine. The media attention has been focused on Manning, but I think our defense will be the most exciting part of the Super Bowl … and of course watching Von take Newton down a few times 🙂

Q: What’s your favorite snack for the game?

A: I don’t think I have a favorite. Two years ago when we went to the Super Bowl I went all out and made tons of Broncos-inspired dishes (blue and orange deviled eggs, New York crab dip, football decorated chocolate-covered strawberries) which everyone loved. But things did not work out so well for us that time around, so maybe this year I will stick to the basics like chicken wings and dip.

Q: Where will you watch the game?

A: Denver is going to be crazy on Sunday. Every major spot is having a viewing party, but I like to actually sit and watch the whole game/hear the commercials. So I’ll be going to someone’s house, keep it a bit more low key … until we win, then things may get a little crazy.