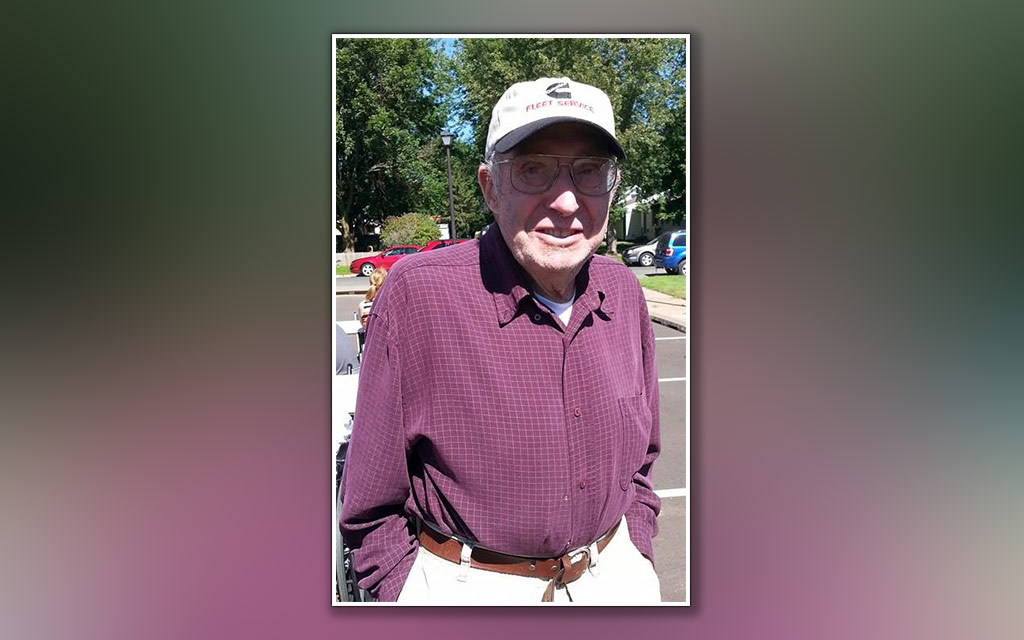 Central College honored Earl Simmelink, a longtime and generous donor to the college, by naming the atrium in Graham Conference Center in his honor. The Earl Simmelink Atrium was dedicated Nov. 8 during a meeting with the National Advisory Council.

Simmelink’s life was marked by his generosity and service to other people. “I believe the most important work of God is to give love to others,” he said. He provided a generous gift to the college’s endowment to fund scholarships in his name. In total, he gave more than $600,000 to Central, including more than $500,000 from his estate.

A lifelong farmer, Simmelink lived his entire life on a farm in Baldwin, Wisconsin, originally owned by his grandparents. His love for the land stemmed from his upbringing and strong faith. He implemented conservation practices that protected the land and refused to apply chemical herbicides or fertilizers.

Simmelink did not attend Central but was connected to the college through his sister, Ruth Simmelink Sims, Central Class of 1945. The Earl Simmelink Endowed Scholarship is awarded to a student with financial need and is renewable for four years.

“I’ve always enjoyed young people and I wanted to help them,” Simmelink said. “These scholarships are my way of doing that.”

“The Earl Simmelink Atrium will serve as an enduring symbol of his warmth, generosity, humility, stewardship and legacy,” says Sunny Gonzales Eighmy, vice president for advancement and a 1999 Central graduate. “We thank him for his faith in and extraordinary support of Central College.”